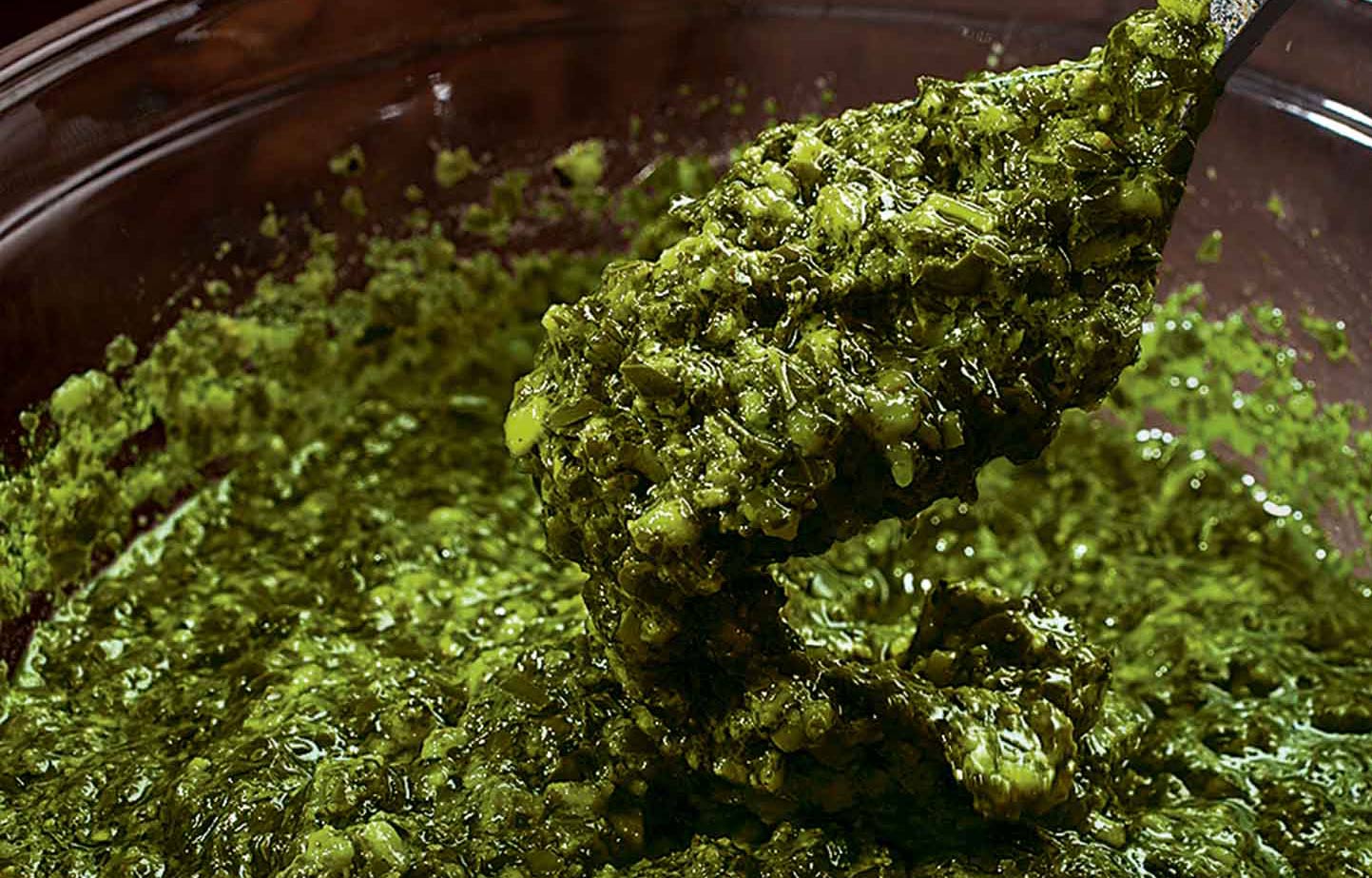 What’s the secret to making a great pesto sauce from the basil you grow in your herb garden? A quick Google search for pesto recipes will turn up hundreds of different recipes. But if you ask someone native to Italy’s Laguria region, around Genova, where people have been making it since at least the 17th century, you’ll get just one answer: follow the traditional recipe.

The traditional Genovese pesto sauce contains just seven ingredients. You just mix basil, the primary ingredient, together with garlic, pine nuts, sea salt, parmigiano cheese, pecorino-romano cheese and olive oil. Just slight variations in the quality or in your preparation though is enough to separate a world class sauce from one you would be embarrassed to feed to your Italian grandmother.

The Genovese like to share their views on how to make a great pesto with the world. So every two years the city hosts the Pesto World Championship to promote it. This year’s competition final will be held there on April 16th in the Palazzo Ducale.

The contest pits one hundred winners of regional runoff competitions in their home countries for the honor of being recognized as the best pesto maker in the world. Letizia Ripandelli of Richmond Hill, Ontario, represented Canada in 2012.

Ripandelli grew up in the Liguria region so pesto has always been a part of her life. Her family brought the recipe with them when they immigrated to the Toronto, Ontario, region in 1988.

“I don’t claim to be an expert, but I have grown up with pesto so it’s in my blood,” Letizia says. “So it was only natural to continue to make it here. It was a way to maintain the culture in our family.”

Tickets to Italy. Letizia and her children entered the qualifier in the family category. She was thrilled when a panel of Italian chefs selected her pesto. Best of all, winners were given plane tickets to fly to Italy to compete in the world final.

“The hundred finalists that came to Genova were organized into groups of ten,” Letizia says. “I found it to be really scary because it was the worldwide competition and it is held in a very impressive venue. I placed last among my group. An Italian-German chef, who has his own restaurant and is famous for his courses on how to make handmade, traditional pestos, won the contest that year.”

While Letizia would normally use a food processor when making pesto in her own kitchen, competitors have to make it manually using a mortar and pestle. It’s a more labor intensive way of doing it, but purists say heat generated by a processor will subtly change the flavors in the final preparation.

“When you are making a traditional pesto you start with the garlic,” Letizia says. “Since you are using fresh garlic, only add a small amount and then bash it up until you can’t see it anymore. Toss in a handful of pine nuts next and you mash them up with the garlic until they’re just a paste.”

Adding the basil is the next step. Varieties that grow in Canada have much larger leaves than Italian ones, so Letizia compensates by using the newest, smallest leaves possible. Leaves start to oxidize and turn dark quickly, so she picks and washes them just before they’re used.

“Sprinkle in the salt before you start to mash the leaves up,” Letizia says. “The crystals help break down the leaves. After that it’s all just muscle power to grind the leaves down to form your pesto base. Finally sprinkle in the two cheeses and add in your olive oil. You should wind up with a thick paste that you can dilute with a bit of pasta water before serving. There are just these seven humble ingredients in pesto, but when you mix them just right they come together in perfect harmony.” 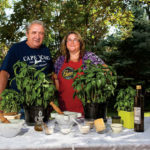 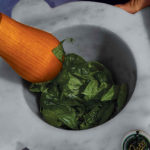 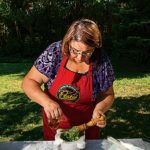 Letizia Ripandelli says that making pesto is in her blood. 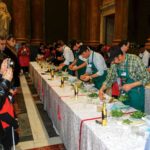 The World Pesto Championship is held every two years in the Palazzo Ducale in Genova, Italy.

Barns For The Ages

Few in number, cantilever barns leave quite a legacy.