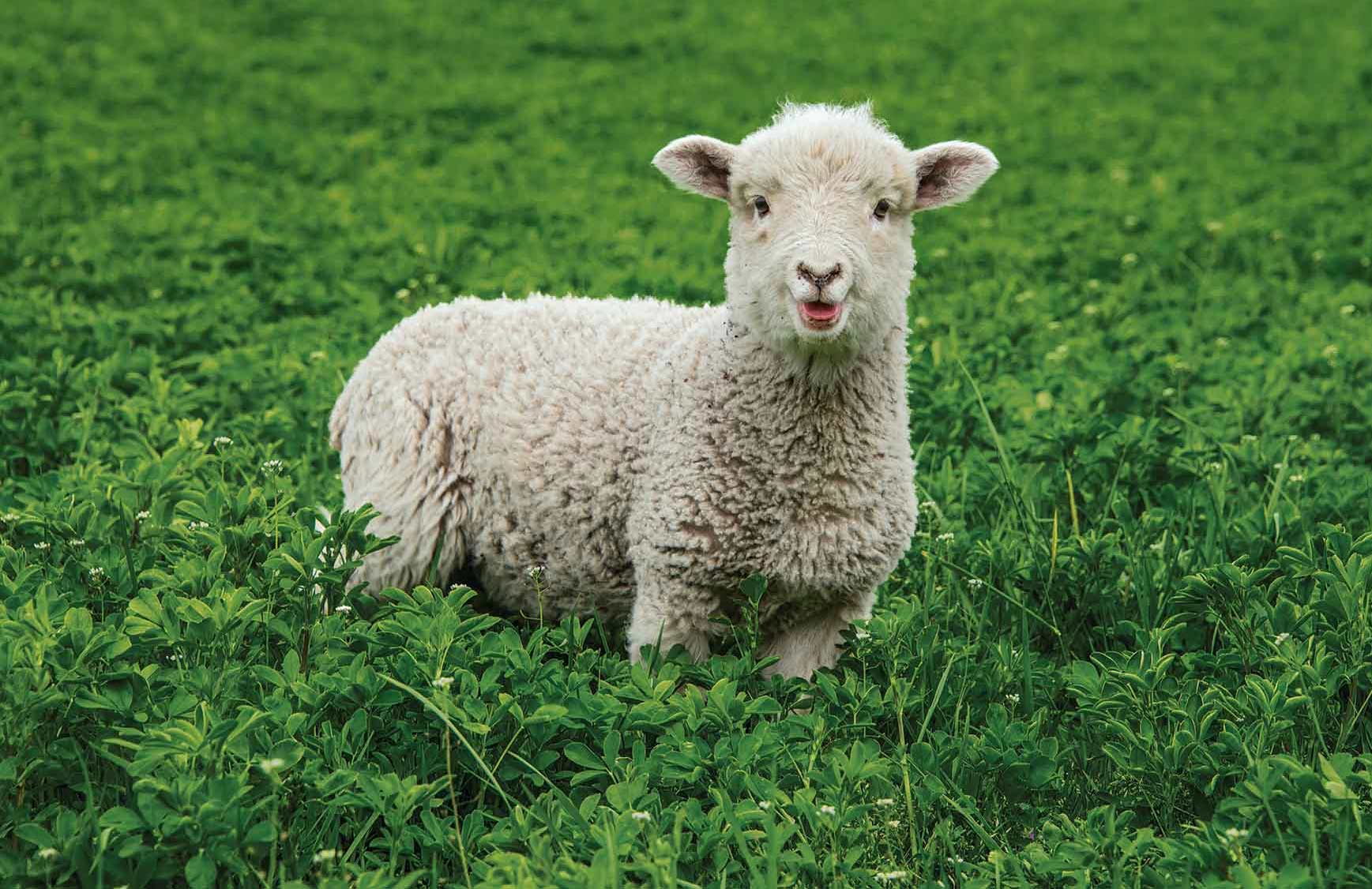 A good pasture is more than just a lush, green field. It’s key to the health of your animals and the environment. A well balanced pasture is food and even medicine, a little ecosystem that suppresses weeds, withstands drought, and protects soils during floods.

Building and maintaining good pasture isn’t difficult, but it requires some planning and maintenance. Selecting the right plant species, getting them established, and keeping the plants properly fertilized are all part of pasture management.

Get started. The first step in getting a good pasture established is understanding soil. Talk to your local Extension agent, master gardener, or farm supply store salesperson about how to take soil samples for lab testing, or visit tinyurl.com/zbq4xj7.

The soil lab will send back a report on the levels of nutrients and other minerals in your soil, as well as its pH, a measure of acidity/alkalinity. With that information, you and your advisor can map out a fertilizer program and a plan to adjust the pH of your soil, if necessary, for optimum plant health.

You can also work with your advisor to determine whether you can overseed your existing pasture — either with a seed drill or by spreading the seed on the surface and covering it with a thin layer of soil — or renovate your pasture, tilling the soil and planting directly into a prepared seedbed.

Species mix. Just as man can’t live on bread alone, animals need more than grass for nutrition. A good pasture on your homestead, just like in nature, is a community of different plants. Grasses provide carbohydrates and fiber. Legumes — the family that includes beans, clovers, and alfalfa —may be beneficial for boosting protein levels for animals and fixing nitrogen in the soil, naturally fertilizing the field. Deep-rooted legumes can also grow better than grasses during the summer, helping maintain higher nutrient value during the hot months.

“High-quality pasture has a lot of green leaf,” explains Trevor Cook, a renowned grazing consultant from New Zealand. “Green leaf is what has the sugar. Clover is consistent the whole year through, while grass varies throughout the year.”

When choosing a mix of pasture species, consider the animals that will be in the field.

Cattle thrive on high-grass pastures, as they require a high-fiber diet and may bloat if the mix contains more than 20 to 30% of some legumes. Grasses and tall herbs like chicory or tonic plantain are also easy for cattle to wrap their tongues around and pull into their mouths. Deep-rooted herbs like plantain scavenge micronutrients like selenium from the soil, improving animal nutrition, says Glenn Judson of PGG Wrightson, a New Zealand seed company on the cutting edge of pasture blends.

Horses also like pastures heavy in grass, and will selectively eat their favorite plants first. Sheep, which clip pastures close to the ground with their teeth and are less prone to bloat, thrive on pastures containing up to 70% legume species.

If plants are forced to constantly re-grow leaves, they can’t allocate as much energy to building up the root system that will sustain. If animals eat down to the soil, their energy reserves are at risk.

“Sugars in the plant are mainly in the stubble, not in the roots,” says Orloff. “If you graze pastures really short, they have a hard time coming back. A lot of people graze hard in the fall to avoid having to feed hay, but that’s the worst time to overgraze.”

Let your animals graze plants down to three or four inches in height, then give that pasture a rest.

Grazing forces plants to regrow and build their root systems, keeping the pasture young, Bailey says. If plants are allowed to mature, the stand ages.

Pastures need to rest during the winter or when fields are muddy. Designating a sacrifice area for winter feeding, where a small portion of field can be trampled to mud, can protect your pasture.

“It will cost you less money in the long run to feed hay in an area you’ve designated specifically to be beaten up, or sacrificed, in order to preserve quality forage production and soil productivity,” says Cassie Bouska of Oregon State University Extension in Myrtle Point, Oregon. 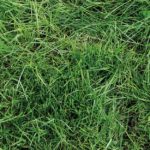 A thick stand, heavy with grass, is great for cows and horses, which can get sick eating too much legume. 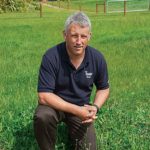 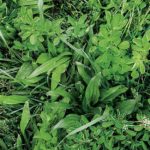 A blend of grass, alfalfa, and plantain is tailor-made for sheep. 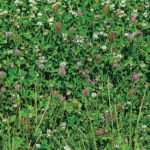 This Midwestern pasture relies on clover for free nitrogen. 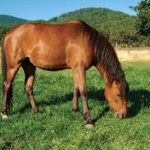 Horses thrive in a pasture with a higher proportion of grass than legumes, and that can stand up to hoof traffic.