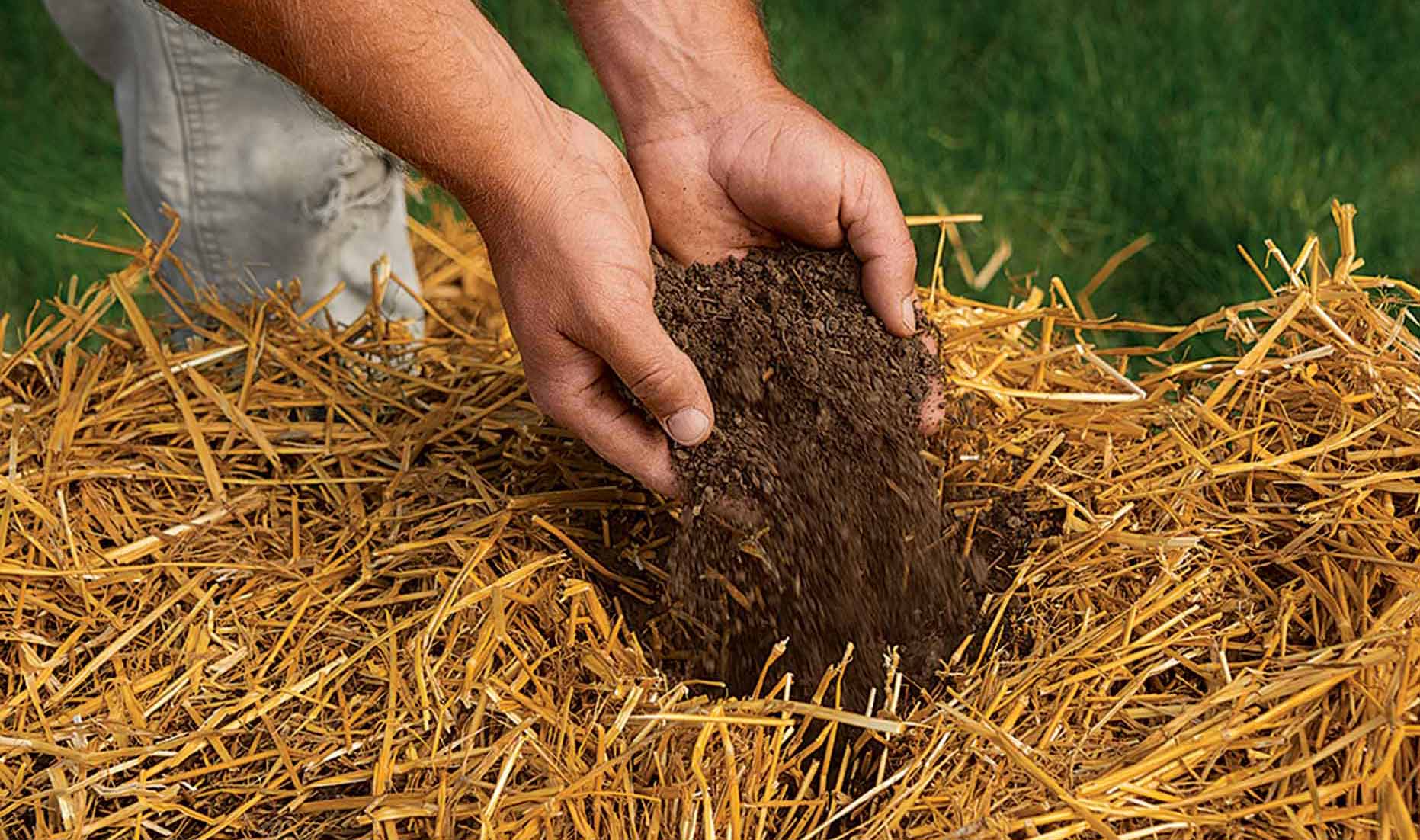 As the statewide coordinator of Montana’s Master Gardener Program and an Extension horticulture specialist at Montana State University, Toby Day has seen it all when it comes to new techniques, tools, and products for gardening. He gives them the old college try for research, and usually he’s not impressed, except in the case of straw bale gardening. Here he saw an idea with purpose.

“Gardening hasn’t really changed for generations, and I don’t usually get into new gardening ideas, but I really see the benefit to straw bale gardening,” Day says. Besides being an interesting take on a raised bed, straw bale gardens provide a nice warm seedbed allowing those itching to get a jump on the spring growing season just the angle they need. Though not perfect for every garden plant, the straw bale garden is something those with a passion for growing the dizzying diverse members of the cucurbit family — including cucumbers, melons, squash, and pumpkins — should try.

As the name implies, a straw bale garden is literally the practice of planting a garden in a small square straw bale. There are several fun advantages. First off, this is essentially a raised bed, which gives sore backs a welcome break. It also allows for quick establishment of a new garden — no tiller needed. Straw bale gardens can be situated on a concrete patio, a driveway, or a new spot each year.

What appeals to Day, though, is each inexpensive little rectangle of straw is turned into a heater as it’s prepared for planting. Straw bales have to be conditioned, using water to kickstart decomposition. Decomposition produces heat, which makes the straw bales the perfect home for an early seeding of warm-soil-loving plant species. It’s also a great way to give the large, sprawling plants typical of the cucurbit family their own room to roam.

Just like a traditional garden, some preparation is required before planting into the bales. First, get the right bales. “Be sure to use straw bales, usually wheat or barley. I tried alfalfa bales once and they didn’t work well,” Day says. The nitrogen-rich alfalfa bales grew way too hot and took a long time to cool, slowing the process. “Also make sure they haven’t been sprayed with herbicides. If organic straw is available, that would be a good way to avoid getting any herbicide residues.”

Before conditioning, bales should be placed where they’re going to stay, simply because they get very heavy. Gardeners can have individual bales, bales lined up next to each other, or even, as Day does, positioned in triangles so he can put soil in the middle. A few weeks prior to planting, the bales need to be watered. Day waters his with a sprinkler set on a timer for 5 minutes every few hours. Or, he has set 5-gallon buckets with a pinhole poked in the bottom on top of the bale to slowly infiltrate water.

“The bales are tight and straw repels water, so it can be a challenge,” he says. It also helps to position bales so straw ends, not strings, are facing up.

Once the whole bale is moist — this takes 3 to 5 days in Day’s experience — he starts fertilizing.

“Use something high in nitrogen, like a cup of ammonium sulfate or bloodmeal,” Day says. He sprinkles it across the top of the bale daily along with some topsoil, which also adds naturally occurring microorganisms to help kickstart composting.

Heating up. Continue watering and fertilizing the bale for 6 days, adding an additional half cup of fertilizer to the rate after 3 days.

“Keep the bale moist, but not saturated to the point water is running out,” Day says. The fertilizer, soil, and microorganisms will start decomposing the straw in the center of the bale. As it composts, the bale will heat up, usually topping out at 130 degrees. Continue watering the bale, monitoring it until a compost thermometer shows the bale has reached 100 degrees. At that point, it’s safe to plant. “The whole process can take 3 to 4 weeks from when you start watering,” Day says.

Once the ideal temperature is achieved, planting can start. First, make space for the soil. Day has used a reciprocating saw to notch out holes in the tightly bound bales. Holes are then filled with potting mix and seeded as you would in a traditional garden. Or, as Day prefers, fill the space between bales with a potting mix and seed there. “I use some top soil to provide microorganisms and nutrients for the growing plant,” he says. Day recommends one hill — a grouping of multiple seeds planted together, not an actual mound — per bale for cucurbits.

Gardeners wanting more heat and protection can stick 4-foot-tall metal hoop supports directly into the bales and cover the bed with plastic or spun row cover for a mini-greenhouse. “The heat from the composting straw keeps the interior warm without any energy expense,” Day says.

Past straw bale gardens have yielded Day more than 320 pounds of winter squash from just nine bales. He’s also encountered some failures. “I tried planting tomatoes into my straw bale garden this year, but found that while they are a warm season plant they don’t particularly like warm soil,” he says. Gardeners can experiment with warm season plants, but cucurbits are the safest bet.

One potential downside of a straw bale garden is dealing with the bales after harvest. Day chooses to recycle the straw. At the end of the year he cuts the bales in half and harvests the already composted material in the center of the bale for direct application to his traditional garden.

“I use the remainder of the bale as a carbon source for my compost pile,” he says. In the end, straw bale gardens get Day’s stamp of approval. 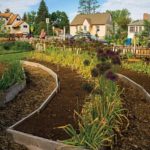 Day’s garden is full of experiments, including ornamental allium whose seeds he plans to paint for gift decor. 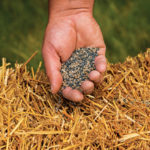 A bale is prepped with fertilizer before planting.