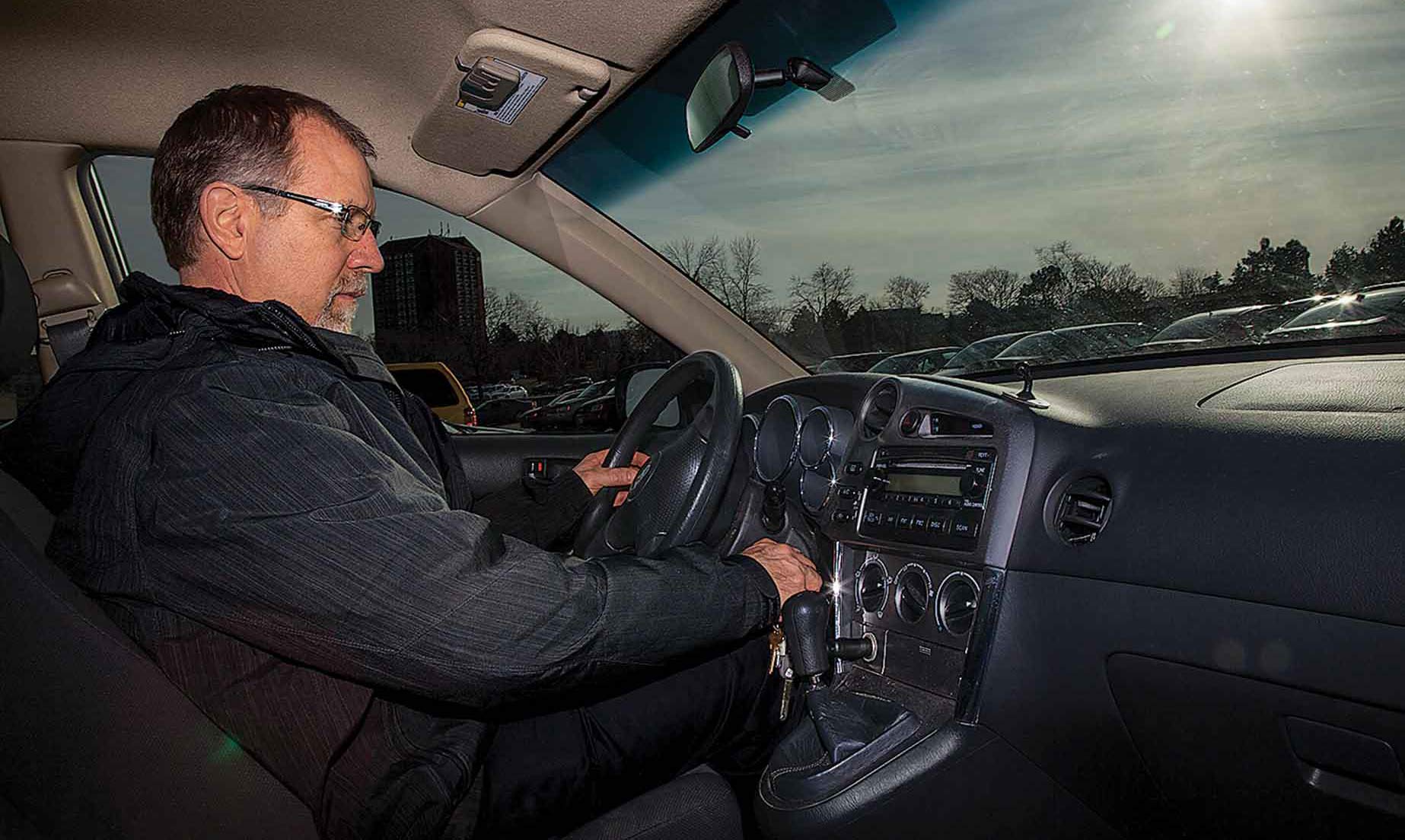 Who would have guessed most people like their commute? A 2014 Canadian online survey found that 77% of commuters enjoy their daily drive to work. It’s the only part of their day that they can get some quiet “me time.”

Life hits the fast forward button for Krista Henry the moment she gets out of bed on the days she needs to go into the office. The young mother from Port Perry, Ontario gets up at 5:30AM to have enough time to get her two children out of bed, dressed, fed and dropped off at daycare by 7:20. After all this she can start her trip to work.

People are creatures of habit. Henry always stops for a coffee at the local Tim Horton’s before starting her 90-minute drive across Toronto to her job in Mississauga. She always listens to the same pop station. Her co-worker, Keith Smith, listens to music and sports talk radio stations. His goal is to be in the car in time to catch the morning trivia contest on a classic rock station.

Traffic jams are never fun so Smith starts his commuting day by checking the traffic flow with his smartphone. If he leaves his acreage outside of Guelph, Ontario, by 6:30 AM, the 401, Ontario’s busiest freeway, should be his fastest route to work. If the app shows it’s clogged, he’ll go another way.

Traffic reports. Richard Kerr’s commute from his home in Bromont, Quebec takes him over Montreal’s notoriously congested Champlain Bridge. The film professor and artist’s job allows for flexible commute times. So he travels according to bridge traffic reports. When it’s gridlocked, he’ll slow down and have another coffee before he leaves.

Most people try to make productive use of the time they spend on their commute. For example, both Kerr and Henry typically use their morning commutes to plan the rest of their workdays.

“My anxiety level is higher on the drive home because the mommy guilt sets in,” Henry says. “I worry if I’ll have time to get a proper meal ready for my kids. What really gets me is if I walk into the daycare and my kids are two of the last four sitting there waiting to be picked up.”

“I review everything that happened in class on my way home,” Kerr says. “That way by the time I get there I can set it aside and not think about it.”

“I like to multi-task on my commute,” says David Graham, from Oskaloosa, Kansas. “I’m an adult beginner music student so I spend my hour drive into work by either listening to different kinds of music or training my voice by singing scales. Some people take the concept too far, though. The craziest thing I ever saw somebody doing in traffic was a guy playing the trumpet in his car as he was driving through the middle of Kansas City.”

The vast majority of people who commute drive cars but public transit is a great option for some. Tyler Wilson’s commute combines both methods. “I drive five minutes down the mountain from my home in Port Moody, British Columbia and park at the train station,” Wilson says. “It’s a three- or four-minute walk to the platform. I take a 21-minute train ride on the 8:15 to Waterfront Station in downtown Vancouver. My office is right next door.

“The route goes along Burrard Inlet; I have literally watched killer whales through the train window while I drank my morning coffee. My trip in is really social because I’ve made five or six commuting buddies. It started by saying ‘hi,’ then over time you become friends. The trip home is a time to decompress.  I might write a few emails or wrap up whatever is left over from work. By the time I get home I’m done for the day and my evening is free.”

A bargain. “For me, commuting is an existential bargain,” Kerr says. “I’m done with living in big cities, so I choose to live out in Bromont on the side of a ski hill where I can live on an acre of land, see deer out my back door and run amuck in my studio. The tradeoff is that 88-kilometer drive to Concordia University in downtown Montreal along Autoroute 10 and over the Champlain Bridge.”

“I love where I live but there are no jobs in the immediate area that met my expectations,” Henry says. “So if I have to give up six hours of my week to be happy with my career, then I think it’s worth it. I think it makes me a better mom and wife.” m