Poutine, French Canada’s favorite comfort food has gone global. A decade ago the tasty mixture of french fries, gravy and cheddar cheese curds was hard to find outside of its native province of Quebec and the bordering regions of Ontario. Today just about every restaurant in Canada that sells french fries offers poutine as an upgrade on its menu. It’s catching on rapidly in the United States and Europe too.

That’s good news for dairy farmers in Canada and the United States! Every serving of poutine contains a healthy portion of cheddar cheese curd so it’s creating a huge new industrial market for their milk.

Squeaky cheese. Everyone knows what french fries are but there are good odds you have never heard of curd cheese unless you’ve spent time in either Quebec or Wisconsin. Squeaky cheese, as it’s called because of the sound it makes when you chew it, has been a popular snack food in both regions for decades.

“I don’t think our little secret is going to be secret for much longer,” says Rebekah Sweeney with the Wisconsin Cheesemakers Association. “Cheese curd production is way up in Wisconsin but it’s difficult to say how much of this is due to batter frying, fresh consumption or for poutine.”

Poutine was invented in Quebec around 1960 but its actual roots are a little murky. According to one legend a customer asked Fernand LaChance, owner of a Le Lutin Qui Rit (The Laughing Elf) a restaurant in Warwick, Quebec, to toss some cheese curds in with his fries. LaChance supposedly agreed but cautioned the result would be a “maudite poutine” -— supposedly slang for a damned mess in the local vernacular. 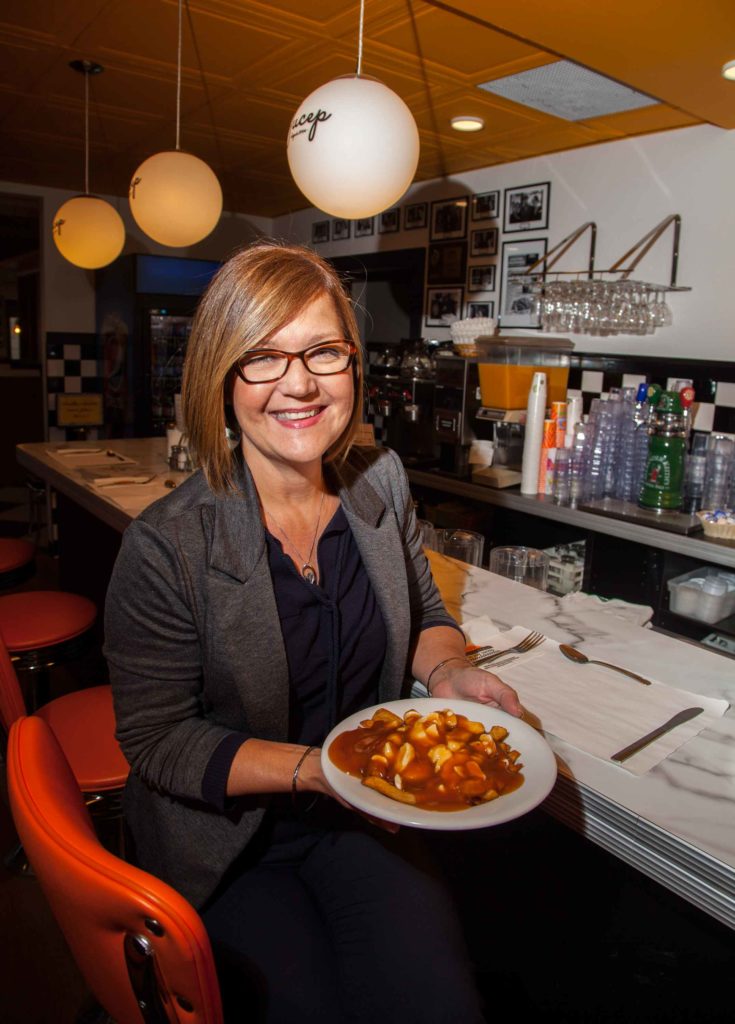 However in the early 1980s the Canadian Intellectual Property Council certified that Jean-Paul Roy, owner of Le Roy Jucep, a drive in restaurant in Drummondville, Quebec, invented poutine in 1964. He decided to start adding cheese curds to his patate sauce (fries and gravy) when customers started requesting it.

Eventually he added it to the menu but the current manager, Renée Brousseau says, the name fromage-patate-sauce (cheese-fries-gravy) was too long so Roy coined the word poutine by combining the french word for pudding with his cook’s name, Ti-Pout.

Le Roy Jucep’s current owner has renovated the restaurant to resemble a 1950s style drive in. Roy’s classic poutine recipe is still the most popular of the 23 varieties offered on the menu.

Customers come from all over the world to try poutine at its birthplace, Brousseau says. Some order it for breakfast; others order it after a late night out on the town. Fully 35% of the 170,000 clients that visited the restaurant in 2015 ordered poutine.

“Poutine really started to gain popularity outside of Quebec after the last economic slowdown (in 2008),” says Eric Leveille, director of business development for St-Albert Cheese Co-operative in St-Albert, Ontario. “There was a lot of growth in upscale comfort foods. Poutine fit right in to this; it started to resonate with the English world and just took off.”

“Top chefs, like David McMillan at Joe Beef in Montreal, started adding poutine to their menus and that encouraged other high end chefs across North America to try their own high end versions of it too,” says Hugo Tassone, owner of Mess Royale, a poutinery in San Diego, California. “I would estimate only about half of San Diegans had heard of poutine a couple years ago when we opened. Our first customers were foodies. Now we get a wide range of people trying it out.”

“It’s a great dish but it just took a little while for everyone to catch on,” Leveille says. “Once people get a chance to taste it they love it.”

There’s something primal about sheep...even more so when they’re unshorn and standing in the Scottish Hebrides.