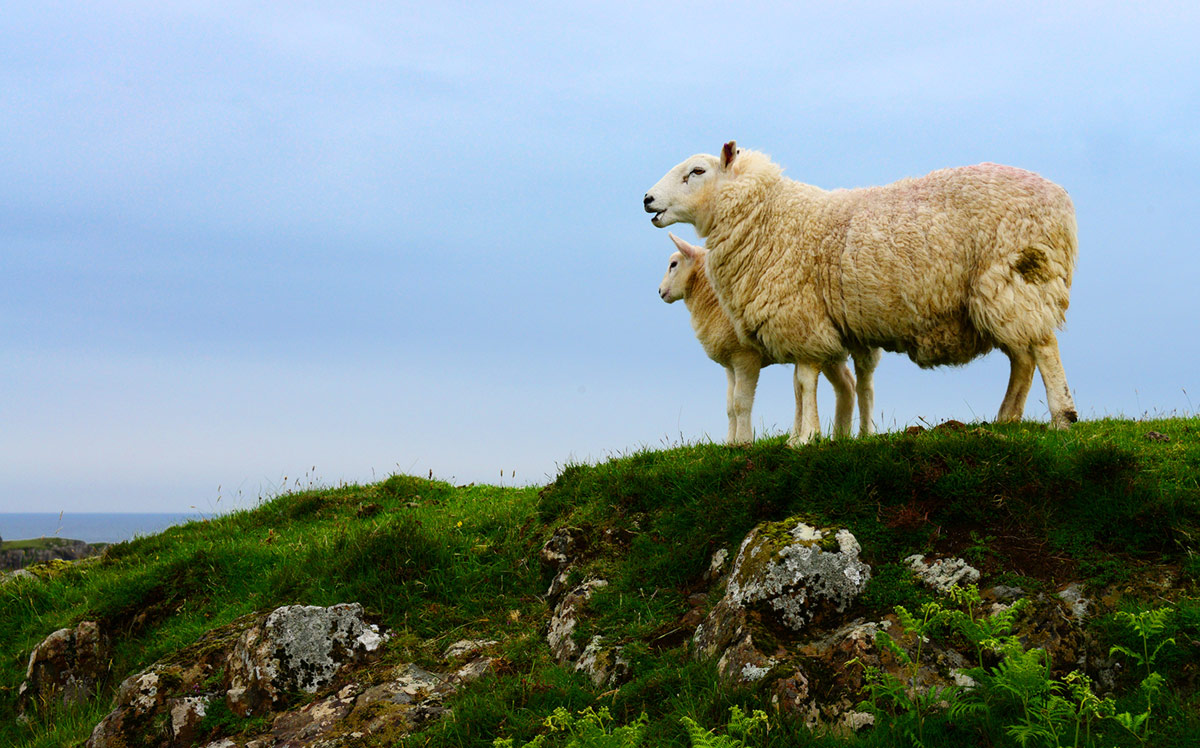 There’s something primal about sheep. Double that feeling when they’re unshorn and standing on an eroding knob in a clear spell between spring showers in the Scottish Hebrides.

I shot a Furrow photo story on the Isle of Muck—a two-square-mile farm island off Scotland’s west coast—while living in Scotland with my family.

Every inch of Muck yielded postcard scenes in glowing light and gentle fog. Exposures were straight by the meter, colors were warm and vibrant, and the moist air diffused the light, virtually eliminating shadows.

Such technically straightforward shooting allowed me to concentrate on composition and try to capture the timelessness of the island. In this shot, I wanted to make sure we could see the layers of livestock, sod, soil and lichen-covered rock. To me, it was like looking at history itself.

In fact, this ewe and her lamb looking out to sea would likely have made one of Muck’s early Viking settlers, or the crofters who farmed tiny plots there in the 19th century, feel right at home. It calls me back to Muck every time I look at it.

Here at Homestead, we love looking through the photos our field editors capture on their travels. Unfortunately, there’s only so much space in our print magazines. So with “The Occasional Photo,” we’ll showcase some of the inspiring photography we just couldn’t make room for in the magazine. We may dust off some favorite shots from past articles, too. Enjoy, and check back for more from “The Occasional Photo.”