“We walked rich ground, my family and I…”.

Illinois-based artist Paul Lange has worked with The Furrow and Homestead magazines for almost 20 years, and is best-known to readers for the illustrations accompanying editor Charles Johnson’s “Green and Growing” column. We’ve asked Paul to pick a few of his favorite illustrations from his work with our magazines, and to share the story of how he arrived at each composition.

“We walked rich ground, my family and I…”.

This article told of the author’s family’s ties to poor farming ground and what they did with it. His grandparents were poor subsistence farmers and their connection to the land was both necessary and difficult. Still, his grandmother raised flowering bushes with big, white, showy flowers. 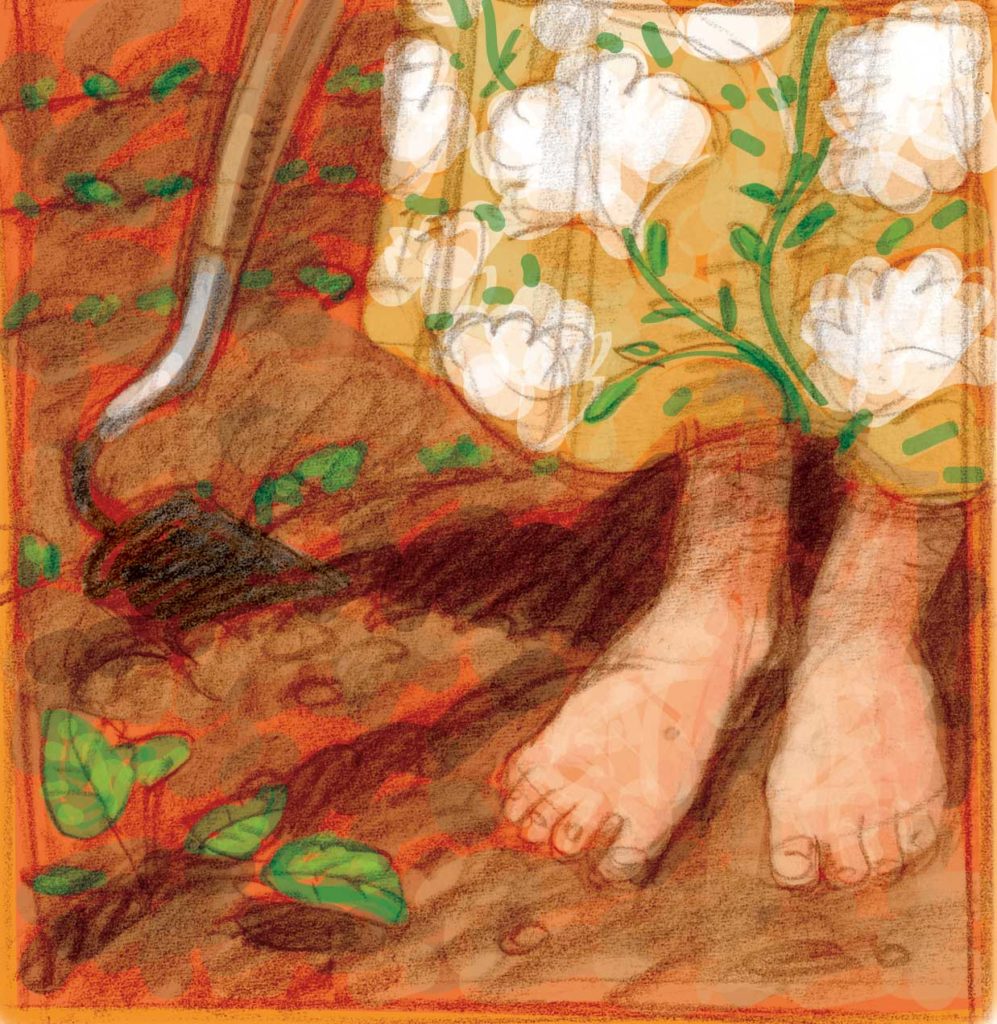 I was inspired by Regionalist art of the 1930s. Grand Wood and Thomas Hart Benton symbolically represented the rural scene during the Great Depression, and were the most well-known artists of that movement. Because this story is set in the 30s and 40s, that style seemed appropriate. Here, my red under-painting helps depict the red soil common in the southeastern states and described in the article. I used a pencil sketch as the base art to give a sense of immediacy and informality to the illustration.

The story is illustrated by showing grandma’s bare feet on the round. This is a visceral connection to the land. Her hoe is a symbol for hard manual labor, and her gold 1930s farm dress is patterned with the while blossoms she’s nurtured.