Feast On The Farm

These Nebraska homesteaders share a bounty through their farm-to-table restaurant.

Feast On The Farm

These Nebraska homesteaders share a bounty through their farm-to-table restaurant.

When Chef Renee Cornett harvests Verde da Taglio, the Italian variety of swiss chard that grows so well at her family’s Lakehouse Farm, she needs only to take a short walk to deliver it to the kitchen of the farm’s Prairie Plate Restaurant. There, she teams it with some of the 80 or so other varieties of fruits, vegetables, and herbs grown at Lakehouse Farm under the direction of her husband, farm manager Jerry Cornett, to make fresh and tasty meals.

From the farm, through the kitchen, to the table. Is this northern Italy? No, it’s Nebraska, and Lakehouse Farm is a homestead for the Cornett Family—Jerry and Renee along with their two teenage children, Erika and Paul—as they transition from a transient military life to one rooted deep in the fertile rolling hills near Waverly. Exactly how they came to this 40-acre plot of land—and why they became pioneers in the local food movement—is a long and winding tale.

Renee sums it up simply. “We love to eat, we love to grow food, we love to prepare food,” she says.

Military meeting. The backstory is much longer, and worth the telling. Jerry and Renee met in the early 1990s when they both were in Navy flight training to become helicopter pilots; they became naval aviators, with Jerry flying the H-60 Seahawk and Renee operating the H-46 Sea Knight.

Between the two of them, the Cornetts sailed the world’s oceans and saw all the continents. Renee served until 2001; Jerry flew helicopters for 10 years, then continued active service until he retired in 2011. One of his assignments called for him to serve in Vicenza, Italy. 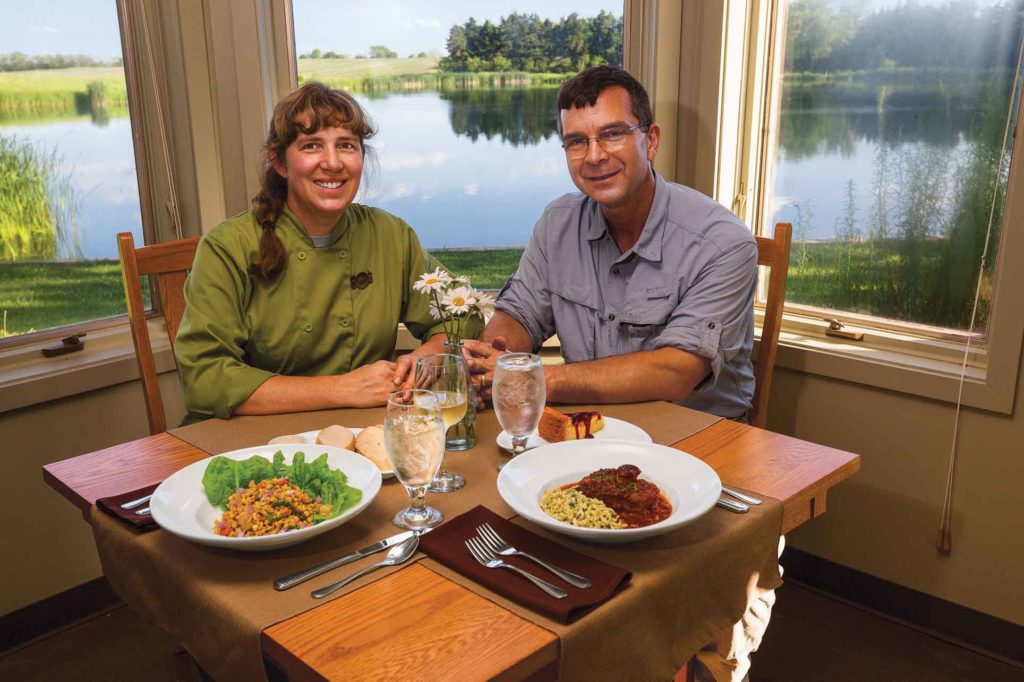 Renee and Jerry Cornett offer a unique ‘taste of place’ as they serve fresh ingredients grown on the land surrounding their Prairie Plate Restaurant.

“The concept of local food is just part of the culture across much of Europe,” Jerry says. “In northern Italy, people like to travel to a farm to enjoy a meal based on what grows in that area.”

When a tour of service brought Jerry to Bellevue, Neb., Renee was able to attend Metropolitan Community College in Omaha, where she graduated with honors with a degree in culinary arts. She later gained experience working a “stage,” a month-long internship, with a restaurant in northern Italy. “That experience helped me appreciate the concept of ‘terroir,’” she says. “That’s the impact that the local soils and weather have on flavor.”

As Jerry neared retirement, the family looked for a place where they could pursue a farm-to-table opportunity; the Pacific Northwest seemed a good fit, since consumers there are big supporters of local food, but land prices were astronomical. Eventually, the Cornetts decided to bring their version of Italian agriturismo to Nebraska, settling on this land just a few miles north of Lincoln, the state capital.

The land featured a residence with large windows overlooking a 7-acre lake. The Cornetts remodeled that home into the Prairie Plate Restaurant, using those windows to bathe the restaurant in cozy natural light. The hills around the restaurant have become a contoured patchwork of organic production, a lush and colorful collection of crops ranging from chive to cherry tomatoes, blackberries to Yukon Gold potatoes.

‘Wow’ factor. Deciding exactly what crops—and what varieties—should be grown at Lakehouse Farm can be a complicated process. “There’s a lot of give-and-take between the chef and the farm manager,” Renee says with a laugh. Of course, there is a need to have multiple varieties and staggered planting dates so that the restaurant has a continuous supply of in-season produce. The Prairie Plate’s large commercial kitchen also offers ample space for the family to preserve excess production.

The general philosophy of choosing varieties is to grow those that best fit the land—and that offer a unique flavor experience. “We like to grow fruit and vegetable varieties with a ‘wow’ factor for taste,” Jerry says. “We want people to experience real tomato flavor, or the unique flavor of a fresh heritage variety of sweet corn that hasn’t been hauled across the country. The restaurant is about local food and also the sense of place—a ‘taste of place.’” 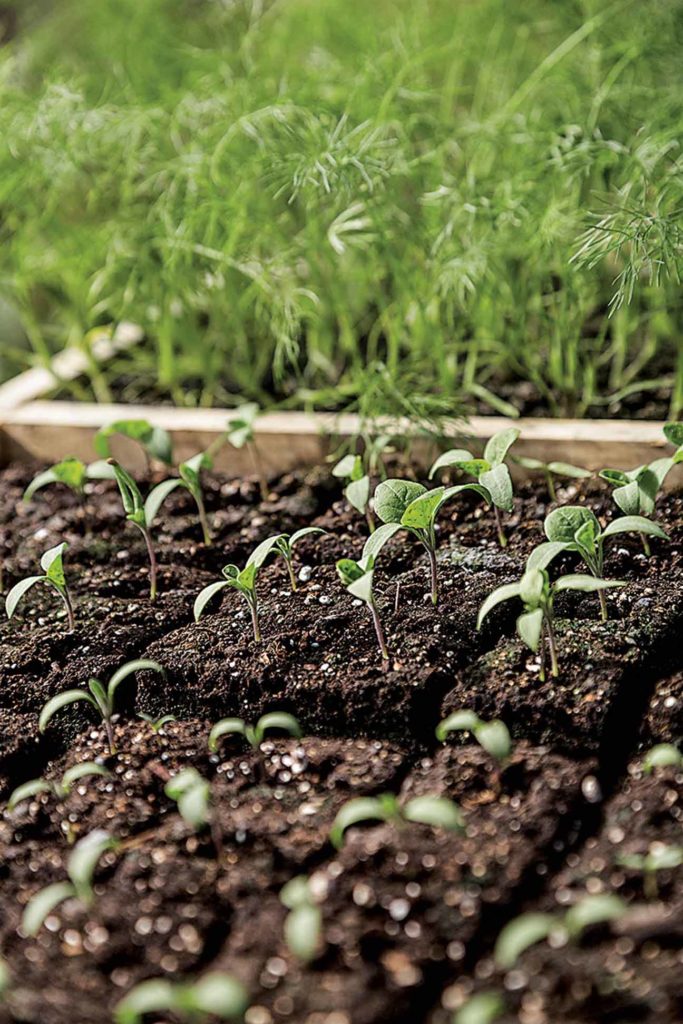 Many vegetable varieties start life in the greenhouse and are later transplanted to grow in the field.

While Lakehouse Farm provides the bulk of produce required for the restaurant, the Cornetts also work with other local food artisans for products they don’t grow, such as meat, grains, and cheeses.

Renee points out that this local approach to dining has a number of positive impacts, from economic development to health benefits. “Everyone talks about what’s important to them, but ‘tastes better’ seems to be important to everybody,” she says.

Educating the dining public about local food—using promotional avenues such as their website, LakehouseFarm.com—has been a priority for the Cornett family. “We knew the farm-to-table concept wasn’t as familiar to consumers here,” Jerry says. “But it is coming along. We are seeing the interest grow year to year, and we host an increasing number of special events. This is our passion, and our business is being built by word of mouth.”