No Flash In The Pan

No Flash In The Pan

Ron Scott picks up a four-foot-long slab of walnut in his workshop outside Albany, Oregon, turning it to examine the grain. From the start, it’s clear he sees more than a heavy board. He’s picturing an elegantly tapered forearm and grip. He’s already feeling the wood give way under his knife as he patiently scratches delicate scrollwork into relief. In a few months, that board will be the richly carved stock of a rifle that connects Scott to a dozen generations of gunsmiths.

In addition to being remarkably effective, flintlocks can be astoundingly beautiful. Many were lavishly decorated with hunting scenes and rococo swirls, festooned with ornate metal fittings, or “furniture,” and customized to the shooter.

That gives modern gunsmiths like Ron Scott plenty of inspiration to work with. 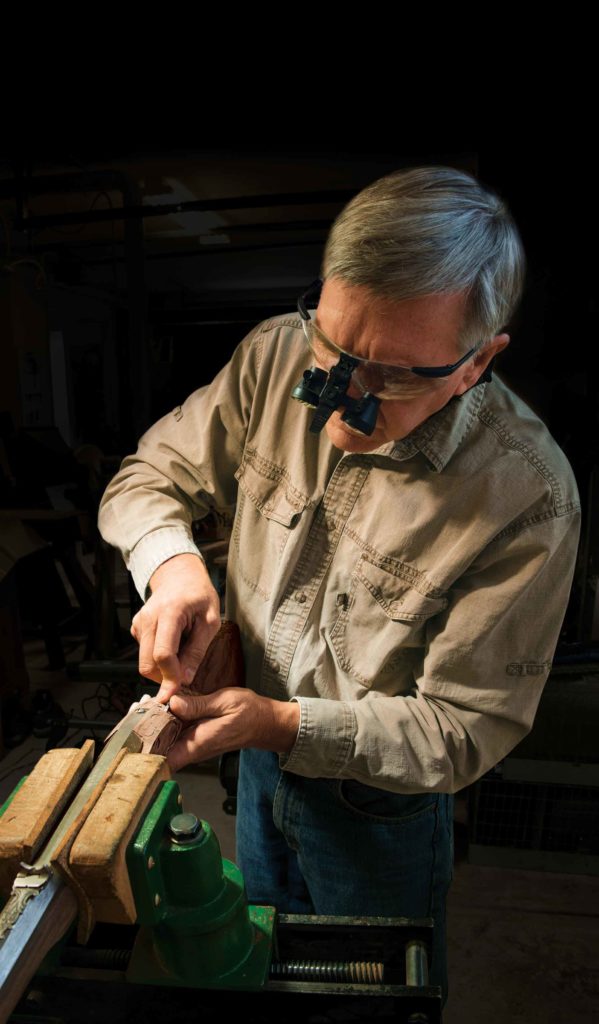 “There are different ways of approaching this as a modern builder,” Scott says. “The most conservative would be a bench copy: someone could present you with an original and ask you to make a perfect copy. The more common approach would be to work in the style of a particular gunsmith or regional form. That allows you to make adjustments—we call them ‘interpretations.’ The third category is ‘new age’ or ‘contemporary.’ The idea is you’re building a flintlock, but you’re not constrained by tradition.” Scott focuses on interpretive guns.

“I’m trying to stay pretty traditional,” he says. “I wouldn’t take decorative elements from a Baroque European flintlock and put them on a percussion rifle. (As he says this, it’s clear that would be like welding the fins from a 1959 Cadillac to James Bond’s elegantly understated Aston Martin DB5.)

Reborn craft. Scott built his first flintlock from parts and a plan in 1975, crafting “a pretty crude but accurate rifle” he could bring shooting with coworkers from Oregon State University. Soon, people started asking him to build rifles for them, and Scott began honing his gunmaking skills.

His entry coincided with a rebirth of interest in crafting muzzle-loaders. A generation of enthusiasts inspired by Disney’s Davy Crockett and Jeremiah Johnson looked to craftsmen like the legendary Hacker Martin, a Tennessee grist miller/gunsmith, and Wallace Gusler, who built Colonial Williamsburg’s gunsmithing shop, to learn the nearly lost art. 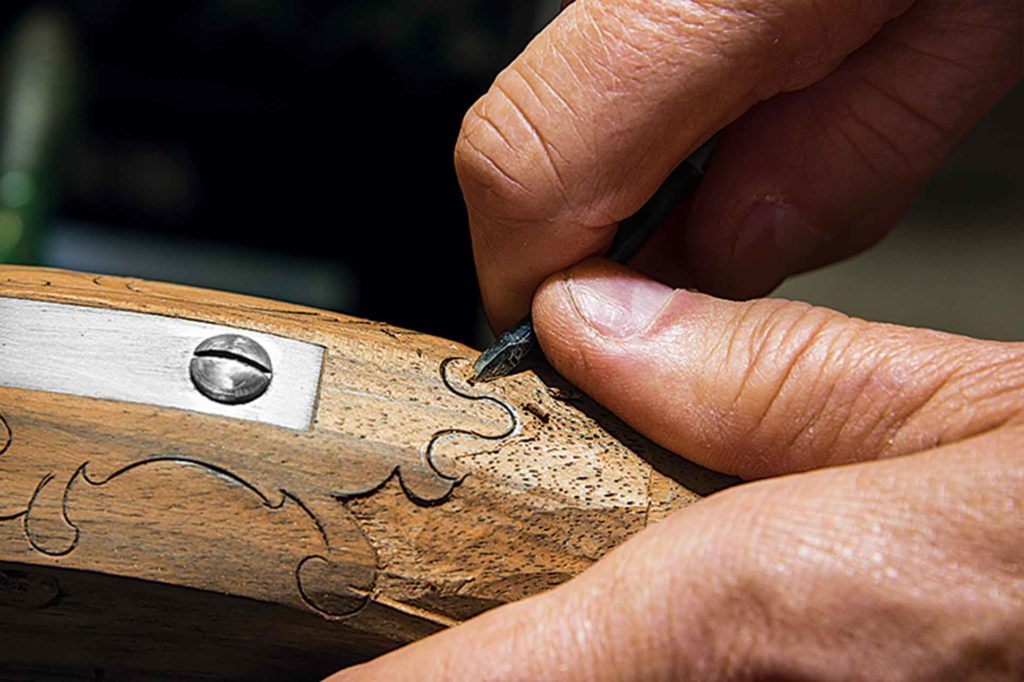 Delicate carving is one of Scott’s specialties. He’s made many of his own tools.

Scott says kits offer an opportunity to learn basic gunmaking skills and end up with a working firearm after 12 to 16 hours. Carving, engraving, and gunmaking workshops – like the renowned one at Western Kentucky University, where Scott teaches – allow enthusiasts to advance to their own projects.

“The biggest appeal to me now is the overall artistic approach to it,” says Scott, reflectively. “There are so many crafts to master.”

Freezing or baking on your deck or patio is now optional.