If survival is your benchmark, few farms anywhere have been as successful as Noggins Corner, the Bishop family’s farm in Greenwich, Nova Scotia. Generations of the family have continuously, actively farmed the land since 1760 when the British granted John, Timothy and William Bishop 1,000 acres in the Annapolis Valley along the Cornwallis River.

The farm used to be Acadian land until 1755 when the entire population was rounded up by the British and expelled. Evangeline, Henry Wadsworth Longfellow’s tragic, epic poem about the event, was set in the village of Grand-Pré located just six kilometers (four miles) down the road.

It’s hard to comprehend how much change has happened since the farm was founded a quarter of a millennia ago. After all, it occurred a generation before the War of Independence and a century before the birth of Canada.

Centuries of apples. “In the centuries that the Bishops have farmed this land we’ve gone from grazing cattle on diked land to raising dairy cattle,” says Beth Pattillo, wife of Noggins Corner’s current CEO, Andrew Bishop. “We still have a dairy operation today that’s managed by Andrew’s brother Stirling. But for the past 256-odd years, we’ve primarily been a horticultural operation focusing on apples.”

Noggins Corner got its colourful name from the noggins of rum they sold to travellers taking the old road to Halifax, waiting for the ferry to take them across the Cornwallis River, Pattillo explains. If they timed it wrong there was a long wait. The river is a tidal bore and the massive Bay of Fundy tides cause the water levels to raise and lower up to 40 feet every twelve hours. The Bishops still cater to travellers at their farm stores today but the only alcoholic beverage they can sell under current liquor laws is hard cider. 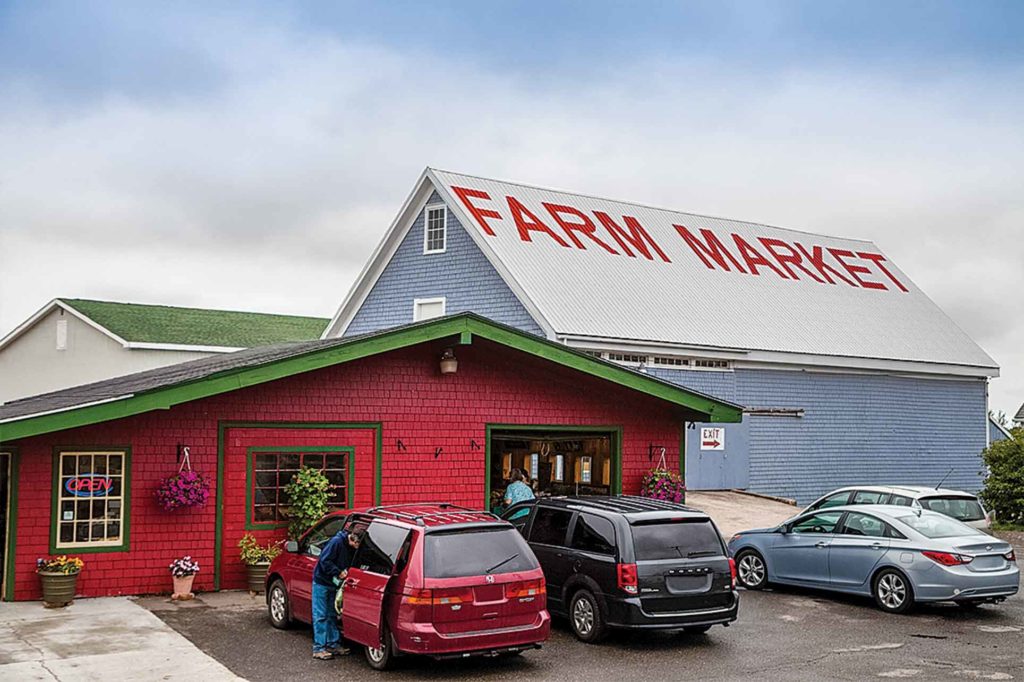 The Bishop family farmed at Noggins Corner since John, Timothy and William Bishop were granted the land in 1760.

Major crises. Despite the farm’s long existence, it faced its biggest crises in 2002 as it struggled to find ways to make it possible for it to support all ten family members who wanted to be involved, Pattillo says. Avard Bishop and his wife Sandy, the current owners, took over the farm in 1955. By the turn of the century, though, two of their sons, Andrew and Stirling, had taken on major management roles; Andrew is in charge of the farm’s horticulture operations and Stirling runs the dairy unit as its own separate entity.

“Focusing on only one crop wasn’t going to allow us to sustain all of the family so we made a conscious effort to diversify,” Pattillo says. “Our largest crop is still apples. We have high-density orchards of new varieties like Honeycrisp, Gala and Ambrosia. We also grow some very old varieties like Cox Orange for the flavour profile they give our hard cider. Our next largest crop is sweet corn. We grow other tree fruit, like peaches, plums and cherries too, as well as raspberries and the whole gamut of vegetables.”

The operation has a very diverse marketing base but their main focus is selling through their four farm stores, Pattillo says. They sell to all the main grocery chains in the Atlantic region, and to customers in New England and western Canada. A food service business with Sysco and wholesaling to other farm stores also provides outlets. 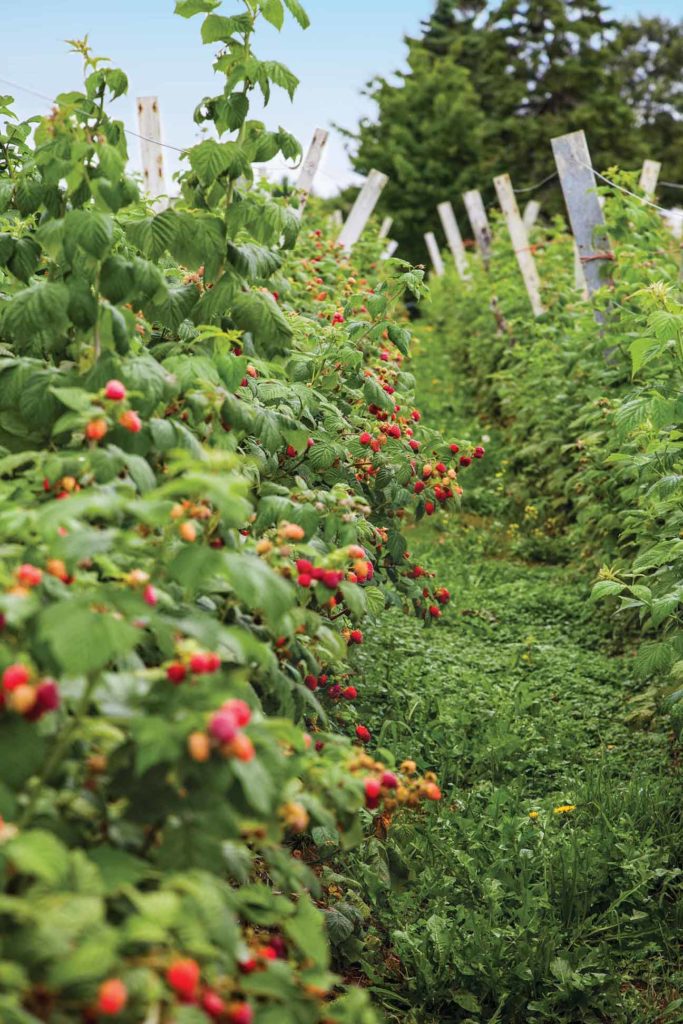 The operation has a very diverse marketing base but their main priority is to sell directly to consumers through their four farm stores.

“For our farm to continue to remain viable over the long term, it has to be sustainable on three fronts,” Pattillo says. “We have be sustainable from a human resource perspective and we have to be financially and environmentally sustainable. Our land and our water are our biggest assets; it’s
in our interest to look after them.”

Varied interests. Pattillo says their operation works because they can take advantage of everyone’s different areas of interest and expertise. It gives them flexibility to think outside of the box.

“Andrew is our leader and directs where the resources go,” Pattillo says. “Patricia runs Taproot Farms; Andrew’s daughter Carolyn is our office and financial manager; Melissa runs our warehouse and oversees our farm markets; Bill runs the trucking, Dwaine manages the orchard operation and I’m in charge of our agritourism ventures. We don’t always agree and we do go at it hammer and tongs at times, but at the end of the day we all respect each other’s talents.”