The American holiday of Thanksgiving traces its roots to 1621, when Puritans gathered to celebrate their first successful corn crop. Fast-forward to 2016, and the U.S. is set to celebrate an unprecedented bounty— headlined by projected record harvests of corn and soybeans—while doing so with greater efficiency and a lighter environmental footprint than ever before in the nation’s history.

Abundance has been the theme of 2016, with all three of the major commodities (corn, soybeans, and wheat) hitting a new high for national average yield. Pork and broiler chicken production also set record highs.

“It’s important to note that these records are being set for total production, not for acres planted,” says Ron Plain, a professor emeritus of ag economics at the University of Missouri. “Farmers have produced these record yields while taking better care of the land. That’s good news—not just for the U.S., but since there is growing global demand for food, it also is good news for the world.” 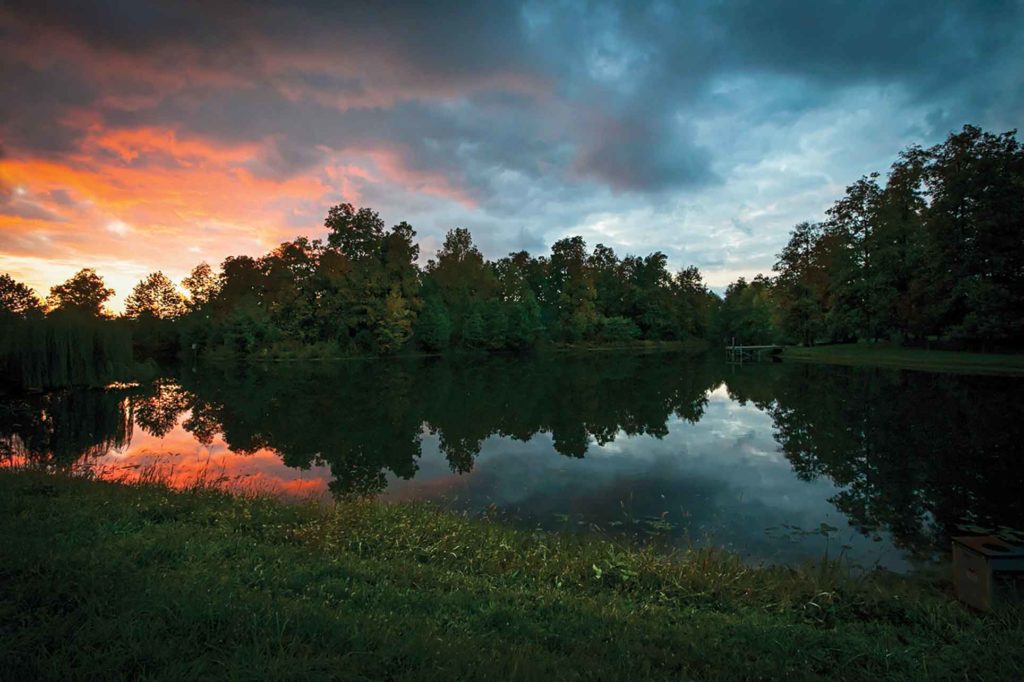 The ability of U.S. farmers to grow corn is a shining example of that good news. In 1980, for example, the nation grew a 6.6 billion bushel corn crop; in 2016, projections are for total production to hit the 15-billion-bushel mark. Studies such as those performed by the Fertilizer Institute show that, compared to 1980, farmers today use only about half the amount of key crop nutrients (nitrogen, phosphorus, and potassium) per bushel.

A recent environmental study by Field to Market, an agricultural alliance working to identify supply chain strategies to define, measure and promote continuous improvement for agriculture, had similar findings.  This study, comparing production from 1980 to 2011, found improvements in the carbon footprint associated with corn. On a per-bushel basis, greenhouse gas emissions dropped 36% over the period. Soil erosion declined by 67% when evaluated on a per-bushel basis.

Protect the soil. Preventing soil erosion is part of the reason for burgeoning interest in wedging cover crops into traditional crop rotation plans. A long-term commitment to this approach can simultaneously protect soil from erosion while allowing yields to improve.

In 2016, the Sustainable Agriculture Research and Education (SARE) program and the Conservation Technology Information Center (CTIC), with help from the American Seed Trade Association (ASTA) and Purdue University, surveyed more than 2,000 farmers about their cover-crop use. 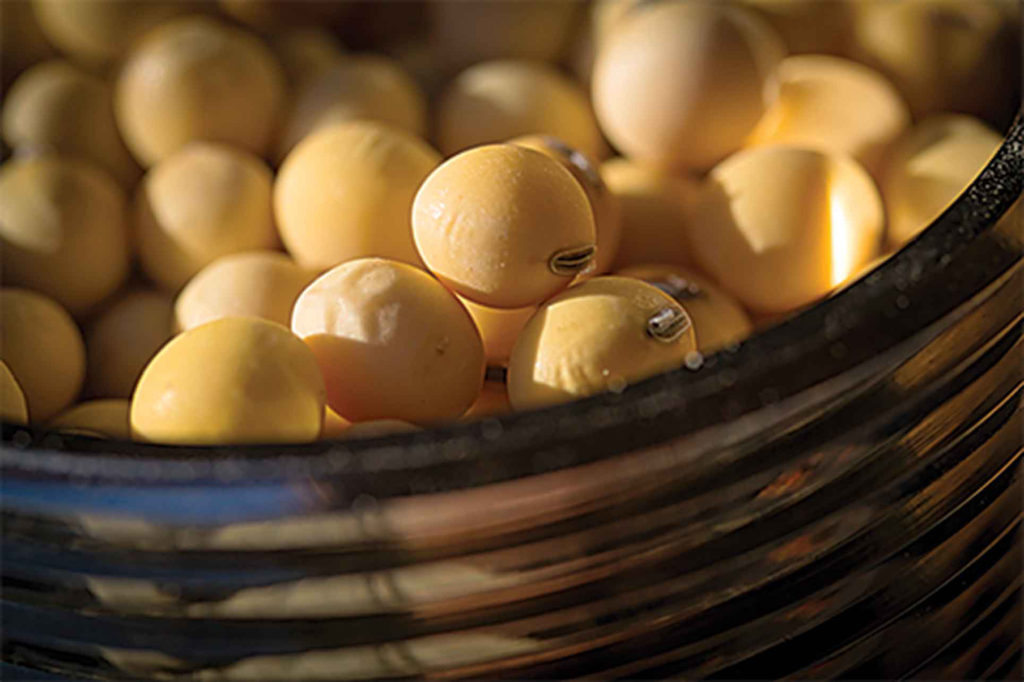 While producing record crops, U.S. farmers also are setting aside an increasing number of acres to boost pollinator species. The honey bee, monarch butterfly, and native pollinator populations have been in decline over the past decade. A USDA Conservation Reserve Program practice, the CP42 Pollinator Habitat Initiative, helps enhance these populations. Farmers plant flowers and forbs to provide the pollen and nectar sources needed to create a healthy environment for these species.

“Iowa farmers lead the nation in establishing pollinator habitat under the CP42 initiative,” says John Whitaker, the Iowa Farm Service Agency state executive director. The Iowa FSA has worked with Iowa farmers and landowners to enroll  more than 150,000 acres in the practice. That represents about 40% of the nation’s total CP42 enrollment.

Whitaker says contracts for land enrolled in the program are 10 to 15 years in length. “Over the long term, the CP42 practice does more than establish pollinator habitat,” he points out. “It also will re-establish valuable land cover to help improve water quality, protect soil, and enhance wildlife.” 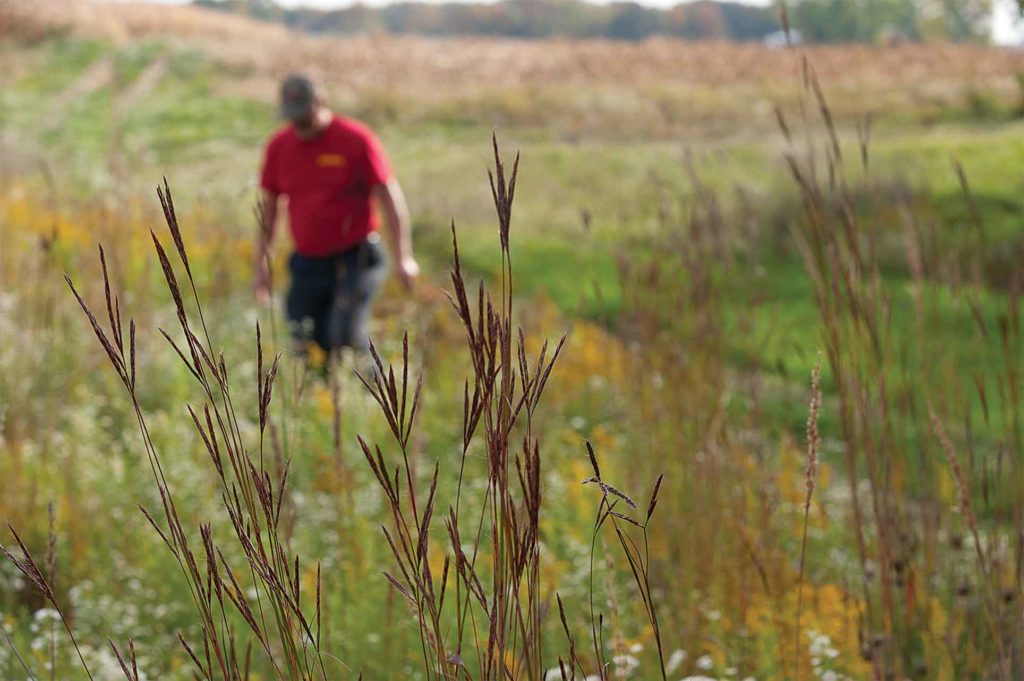 Buffer zone. One of the most successful environmental efforts in agriculture has been the USDA’s Continuous Conservation Reserve Program (CCRP). Practices such as riparian buffers, filter strips, restored wetlands, and permanent wildlife habitat target relatively small portions of a farm that can have a big impact on erosion and water quality issues.

Over the past five years, farmers have enrolled an average of 500,000 acres each year; the program now involves more than 6 million acres across all 50 states. These strategies can be highly effective in protecting the environment—for example, conservation buffers can prevent up to 75% of sediment and nutrients from reaching water bodies—while not sacrificing a farm’s total productivity.

The U.S. soybean crop is another example of how farmers are growing more while using fewer resources. A 2012 study by the Farm to Market alliance found that total soybean production increased 96% and yield was up 55% for 2011, as compared with 1980.

Over that period, the U.S. soybean crop improved on all measures of resource efficiency on a per-bushel basis. Land use per bushel decreased 35%; soil erosion was down 66%;  farmers applied 42% less irrigation water; and greenhouse gas emissions were down 49%.

New harvest. There’s another new harvest on many U.S. farms these days. Farmers are harvesting the sun to provide their electricity needs. They are taking advantage of the fact that the cost to install solar dropped by more than 70% over the last 10 years. This is an abundant harvest as well. Solar captured by U.S. farmers and small business operations is enough to offset 890,000 metric tons of carbon dioxide emissions each year. 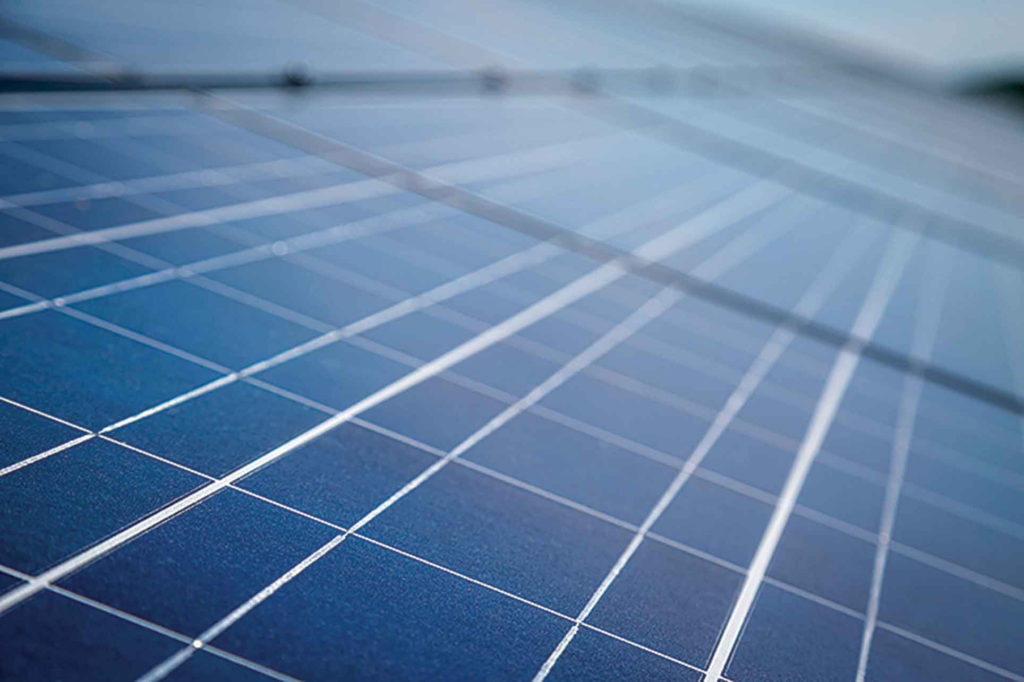 U.S. farmers tread with a lighter environmental footprint due in part to their harvesting of solar power for electricity.

Livestock producers aren’t taking a back seat when it comes to increased production with improved stewardship. Over the past 50 years, the carbon footprint per pound of pork has been reduced 35%, according to an industry study. And today’s pork producer raises that pound of pork while using 78% less land and 41% less water than their counterpart from 50 years ago. The U.S. beef industry tells a similar story. A Washington State University study finds that, compared with 1977, the industry produces 13% more beef from 13% fewer animals; and modern beef requires 20% less feed per pound as compared to 1977.

Poultry production is a marvel of efficiency. In the 1940s, a U.S. broiler required 16 pounds of feed to reach a 4-pound market weight; today, that feed requirement has been cut in half—without the use of any hormones.

Count blessings. Today’s agriculture faces many challenges, including the oldest difficulty of all—making a profit. However, it is clear that the productivity of American agriculture is, indeed, at the top of the list when it comes to giving thanks for the year’s blessings.

The 2015 Global Agricultural Productivity Report, published by the Global Harvest Initiative, called U.S. agriculture “the most abundant, varied, and productive in the world.” The report cited USDA data that shows total farm output grew by 156% between 1948 and 2011, but total inputs remained unchanged.

Margaret Zeigler, Global Harvest’s executive director, says that U.S. productivity remains a key factor in sustainably feeding the world. “There likely will be 9.7 billion people by 2050 as well as a rising middle class,” she says. “The world needs food that the U.S. provides.”