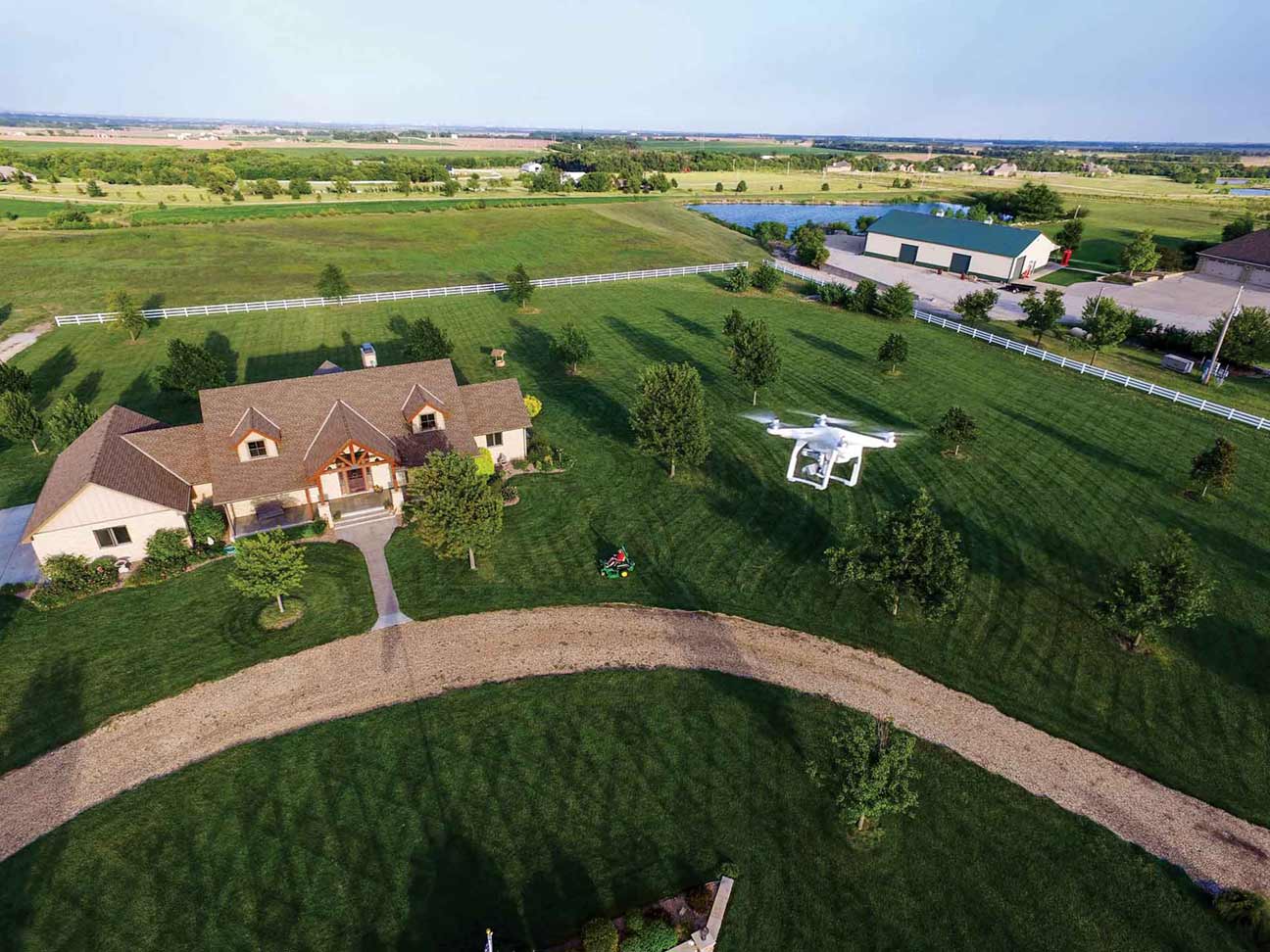 Drones are soaring in popularity, with this year’s worldwide sales of 2.4 million units expected to climb to 3.7 million next year. Roughly one-third of those are in the U.S., where the drone population could reach 7 million by the year 2020­ — a number that’s exciting for consumers but threatens to turn drones into a nuisance.

Generally, the consumer drone market is made up of ‘toy grade’ units costing from $50 to $400 and ‘hobby’ or ‘camera’ grade models that range from $400 to $1,500. Most interest­ — and concern — is with the latter segment, which typically features a high-definition camera, GPS navigation, remote control, and an operating range of a mile or more.

Craig Issod, whose website (www.droneflyers.com) helps beginning and intermediate pilots with buying and flying multi-rotor drones, says competition and an influx of new technology from manufacturers is rapidly increasing the performance and lowering the cost of camera drones. “In 2015 there were roughly 400,000 sold in the U.S. for an average price of $1,100. This year sales will reach 600,000 at an average price of $800.” 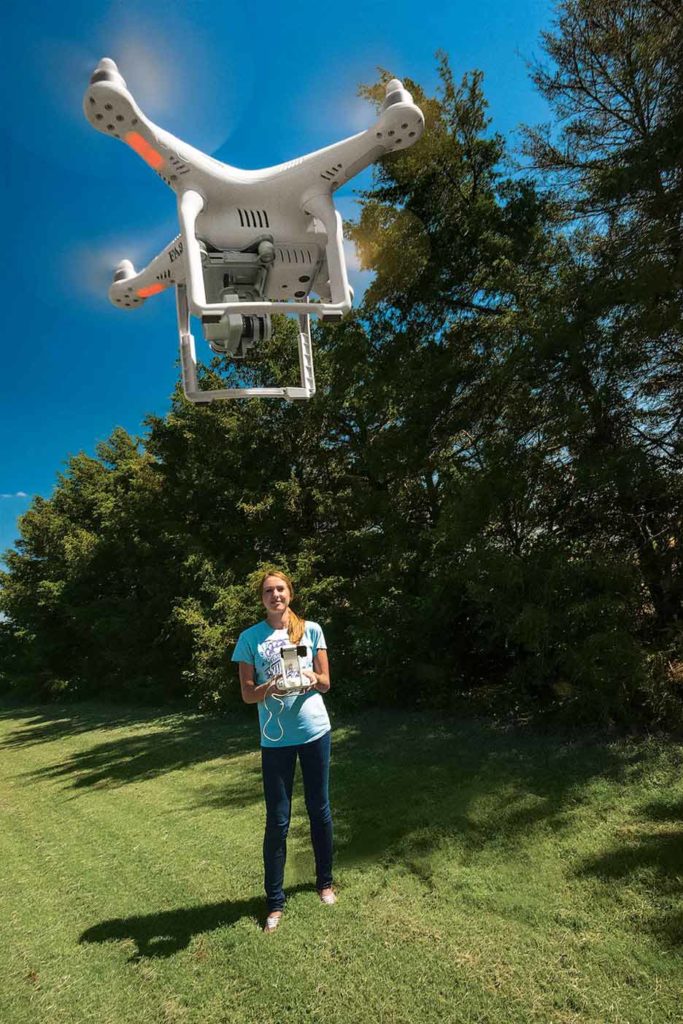 The FAA requires drones flown outdoors to be registered. You must be 13 years old to register a drone and 16 years old to get a Remote Pilot Certificate.

Drone law. The proliferation of affordable, high-performance drones has inspired creativity but also stirred concerns over safety, privacy, and private property rights among federal, state, and local officials. In late December, the Federal Aviation Association (FAA) ordered that all drones weighing from 0.55 lbs. to 50 lbs. be registered — a $5 process that garners a certificate and an identification number to be displayed somewhere on the drone.

FAA regulations differ based on whether a drone is used for recreational or commercial purposes. New regulations issued in August of 2016 modified previous rules regarding commercial use. New FAA Part 107 rules says that use of a drone for anything other than personal interest or enjoyment requires the operator to have a Remote Pilot Certificate, in which the user must pass an aeronautical exam — costing $150 — administered at any of 690 FAA testing sites. The FAA estimates passing the test will require 20 hours of preparation. Part 107 also mandates that commercial drone operators fly only during the day, stay below 400 feet, adhere to airspace restrictions near airports, keep their drone in sight (unless using an observer) and not operate over uninvolved people. Applicants are screened by the Transportation Security Agency. Additional information, including how to apply for waivers to some of these limitations, is available at the agency’s website www.faa.gov/uas.

Peter Sachs, author of Drone Law Journal (www.dronelawjournal.com) says FAA’s rules are less restrictive­ — but perhaps more confusing — for recreational drone users. “They fall under a different regulation (Part 101) which covers model aircraft. They can fly at night and there are no altitude restrictions, but they must not fly at heights that interfere with air traffic. Operation must be in accordance with ‘community based safety guidelines’ (currently available only through the Academy of Model Aeronautics), not interfere with manned aircraft and notify any airports within five miles. Failing to follow these rules precisely — especially relating to only flying as a hobby — ­could result in the operator being charged with violating Part 107 by operating without a Remote Pilot Certificate and being fined $1,100 per violation.” 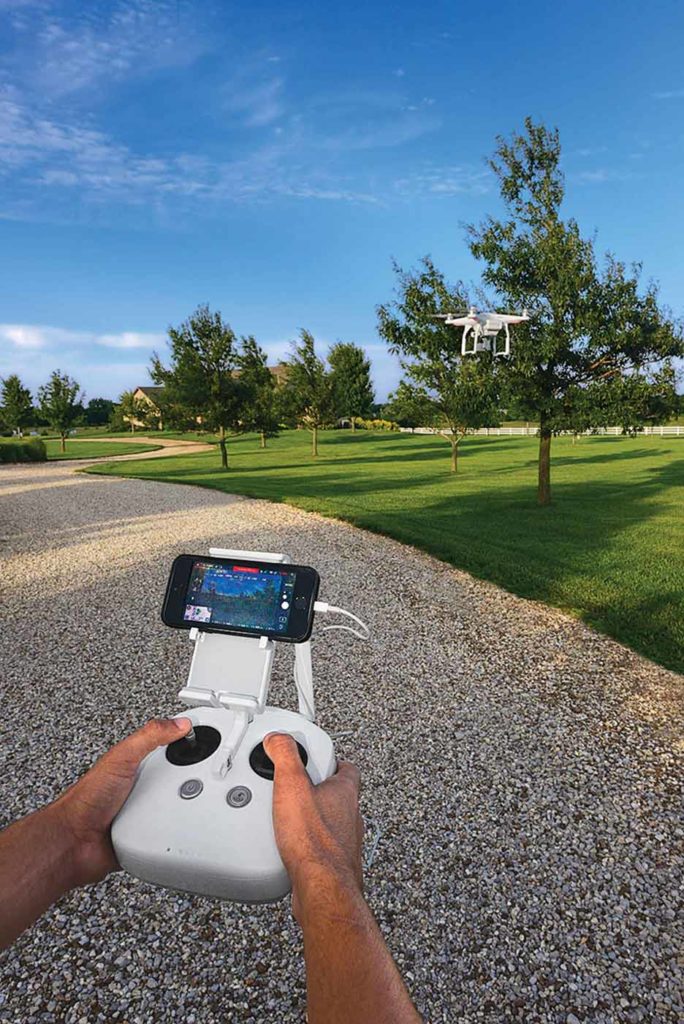 GPS-assisted drones with high-definition video cameras and wireless remote control (above) have proven to be a popular choice for consumers and business entrepreneurs.

Local view. James Vann, an attorney in Raleigh, North Carolina, explains that while the FAA rules deal with safety, many state and local drone regulations relate to privacy and personal property rights. “You can’t hover outside somebody’s house or photograph them without their consent­. In North Carolina there’s a $5,000 fine for each illegal photo or video in addition to criminal charges,” he says.

The National Council of State Legislatures reports that last year 45 states considered 168 bills related to drones, and 26 pieces of legislation became law. In addition to filming without permission and ‘peeping Tom’ restrictions, these laws typically relate to interfering with first responders, weaponizing a drone, flying over parades or open-air stadiums and using a drone to aid or interfere with fishing or hunting. Drones are illegal in all national parks, and many cities have established no-fly zones over public buildings, power plants, and schools.

The Association for Unmanned Vehicle Systems maintains a national map detailing state and local drone laws under the Issues and Policy tab of their website (auvsi.org/home).