Gia Rokashvili pours a glass of Rkatsiteli, its amber tones verging on warm orange, its flavor rolling from pear to tangerine skin to spice.

“This is the color of our sun,” he says proudly. Rkatsiteli is the signature white wine of the Kakheti region in the foothills of the Caucasus Mountains of the Republic of Georgia. If Kakheti is Georgia’s Napa Valley, Rkatsiteli is its Chardonnay—widely celebrated, easily recognized, the easy bet for all sorts of rich, local dishes.

Rokashvili, chef at Pheasant’s Tears Winery in the town of Sighnaghi, is as proud of the process that yielded the rich wine as he is of the variety itself. Like all of Pheasant’s Tears’ wines, it was fermented in a huge, buried terra cotta vessel called a qvevri in a Georgian tradition that dates back 8,000 vintages. When archeologists unearthed a pair of Stone Age villages in central Georgia, they found qvevri shards coated with wine residues.

Home-grown. Most homes across Georgia have qvevri buried in their basements. There, families make their own wine from grapes that grow in their yards, their driveways, or up the utility poles on urban streets. But for most of the 20th century, Georgia’s commercial wine industry was geared to supplying sweet table wines to Soviet shoppers using mass production methods. Almost one of every five bottles during the Soviet period was Rkatsiteli, but it was anything but special. Then in 2006, Russia—still 80% of Georgia’s export market for wine—embargoed Georgian products and the industry imploded. 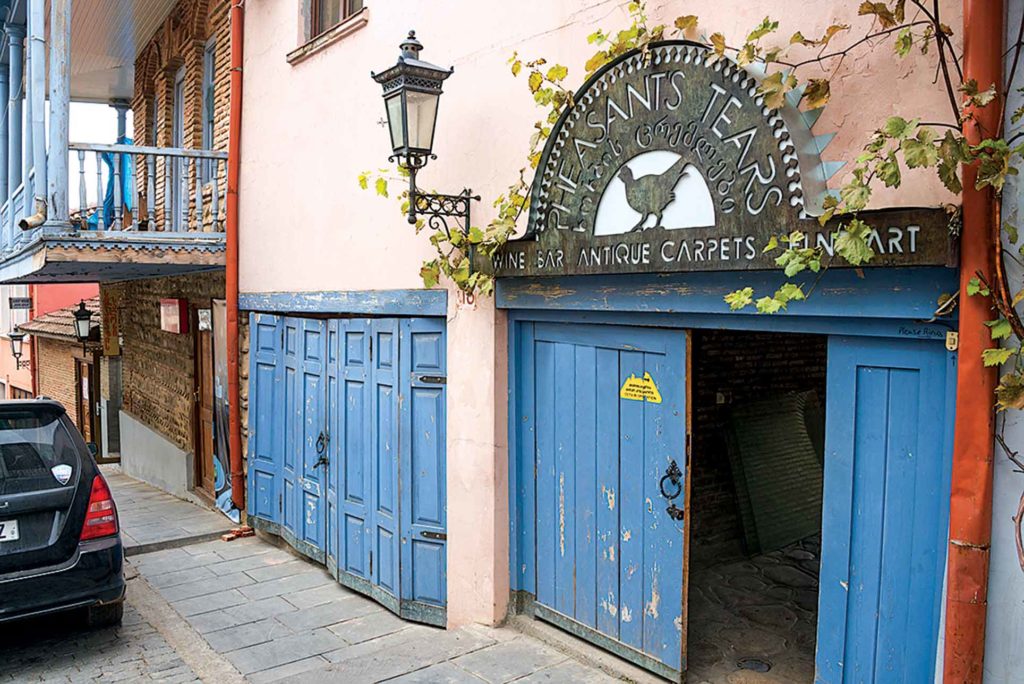 Pheasant’s Tears is housed in a villa in Signaghi, Georgia’s Napa.

That was the year Pheasant’s Tears was established with a bold, new premise: to bring traditional Georgian varieties and winemaking back to a proud market—and to the world.

A challenge. At that time, American painter John Wurdeman had been living in Sighnaghi for almost a decade. He and his wife, Ketevan Mindorashvili—founder of the Georgian musical troupe Zedashe—were combing the country for folk music in an effort akin to John Lomax’s preservation of American blues and ballads.

Then winemaker Gela Patalishvili introduced himself with a challenge.

“He said to me, ‘you worked so hard to bring authenticity back to folk music. You should do the same thing with Georgian wine,’” Wurdeman recalls.

The two teamed up. They bought qvevri and planted grapes, amassing 74 acres in seven small vineyards across the country so far. They hunted down long-ignored varieties in gene banks and backyards. They studied 18th and 19th century Georgian texts to learn how arcane varieties were handled—how to prune them, when to harvest, how long to leave the wine fermenting on the skins in the qvevri.

“Now we have about 440 of the original 525 varieties,” Wurdeman says, adding that Soviet-era production had winnowed commercial production down to just four varieties.

In keeping with tradition, Patalishvili and Wurdeman farm their grapes organically and produce their wines naturally, with wild yeasts and minimal intervention. Attention to detail starts at harvest and lasts through shipping in refrigerated containers. 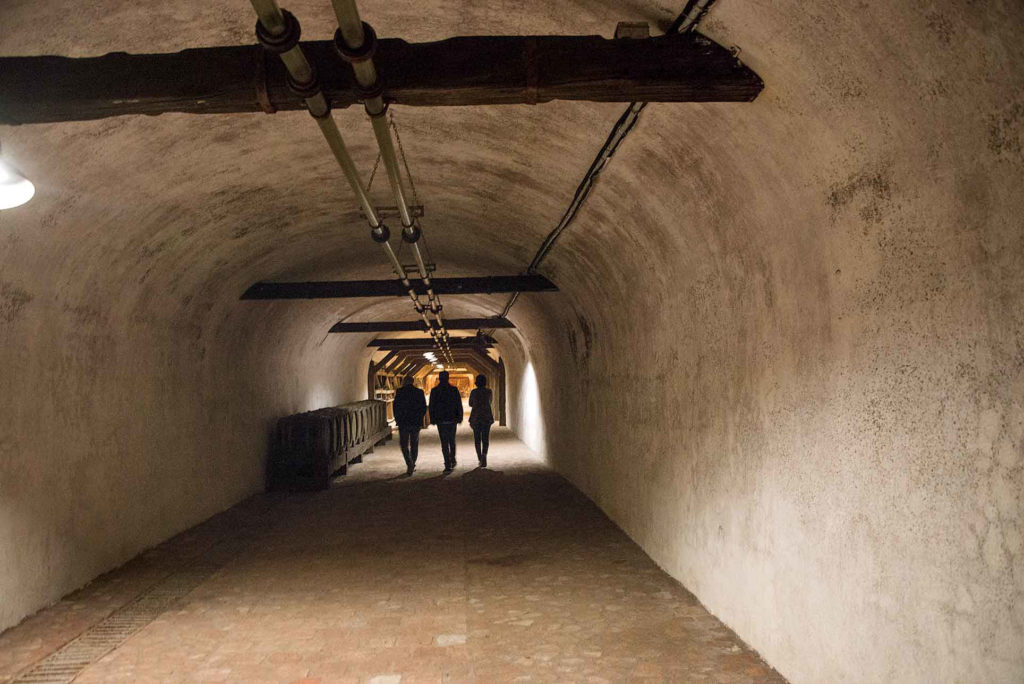 An 800-yard-long Cold War bomb shelter dug into a mountainside was repurposed by Winery Khareba as an aging cellar.

Eager markets. Wurdeman says the natural approach is the big draw for many importers, particularly those serving fans of wild, organic cuisine.

Of the 20 countries that import Pheasant’s Tears wine, the most enthusiastic tend to be wealthier, ecologically conscious markets with sophisticated wine buyers, Wurdeman adds, including Scandinavia, the U.K., Japan, the U.S., and Canada. 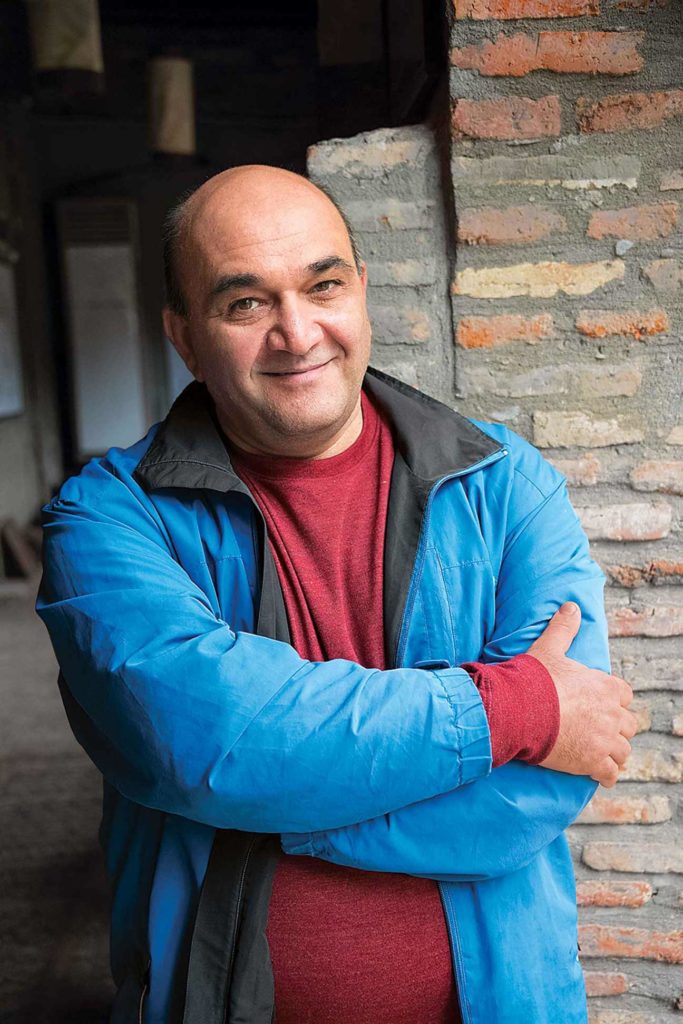 Gia Rokashvili is the award-winning chef for Pheasant’s Tears Winery.

“The more educated they are or the more curious about wine, the more adventurous drinkers they are,” he explains. “They see this as a pure window to terroir and character.”

Closer to home, rich qvevri wine is also a way for Georgians to celebrate their tradition of feasting and toasting well into the night, uniting flavors that range from salty cheeses to sour plum sauces and garlicky walnut pastes.

“I want to keep this harmony,” he says, swirling an inky Saperavi. “We want to make something musical.”