Some of the properties are grand old farmhouses, or humble houses in town. Others spent more than a century as storage sheds and hay bunks. But they share a heritage—large or small, each of these buildings played a role in the quest for freedom during the long era of slavery in America.

The rich history of the Underground Railroad winds through dozens of U.S. states and Canadian provinces. The slave cabins, farmhouses, and humble town homes stand as a testament to bravery, principles, faith, and grit—and to a conflict that tore families, churches, and the entire nation apart.

“We kind of like to think it was easy,” says Diane Miller, program manager for the National Park Service’s National Underground Railroad Network to Freedom project. “It was very dangerous. A lot of people got caught. Would you risk going to prison to help that person who showed up at your door?”

The Underground Railroad wasn’t a single, organized route, notes Miller, and it wasn’t direct like a line of tracks. It was more like a web of paths meandering in any direction where people could find freedom—north to Canada, south into Spanish Florida, west into the Great Dismal Swamp. Homes became stations; guides were conductors.

“As soon as people were enslaved, they were trying to escape,” Miller notes. “Networks of people helping, cells of people, kind of grew over time. By the time you’re moving out West in the 1830s and ’40s, the subject of slavery is heating up. Underground Railroad networks of people in the East are evolving. Over time, it becomes more organized.” 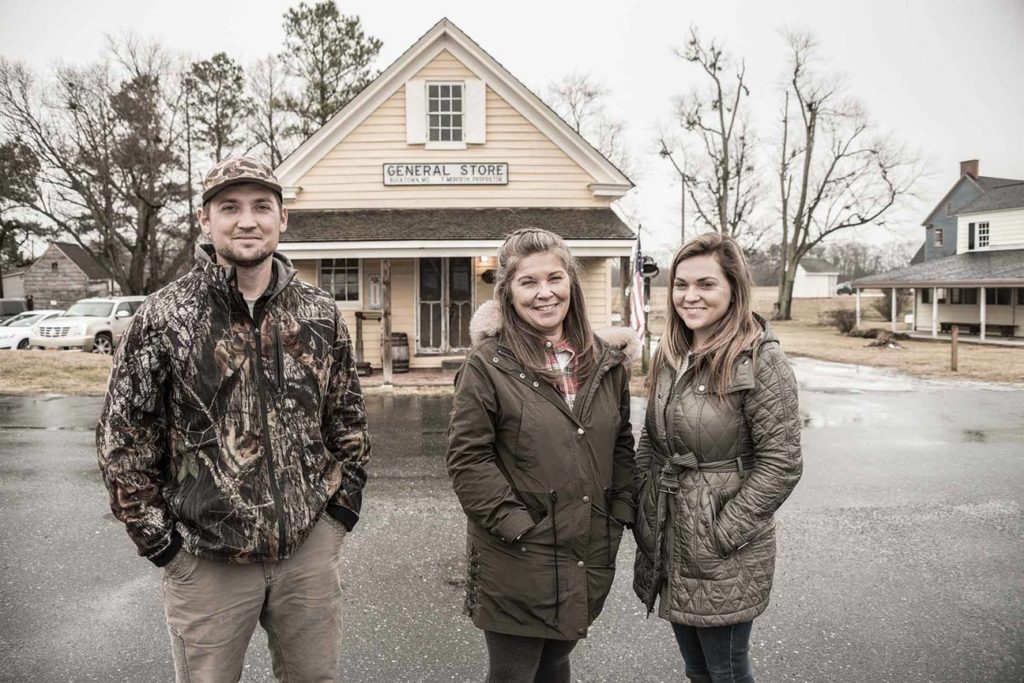 Matt Meredith, Susan Meredith, and Kacey Meredith Knox welcome visitors to the Bucktown Store, where Harriet Tubman was injured after defying an overseer.

One of the most famous conductors on the Underground Railroad is Harriet Tubman, who grew up enslaved on Maryland’s Eastern Shore. First separated from her family at the age of six, Tubman—whose given name was Araminta Ross—worked in the fields and forests, honing the survival skills that would help her escape, then return to Maryland at least 12 times to free members of her family and guide at least 70 people to freedom.

Tubman’s legacy. When Tubman was 13, she was seriously injured while running errands at the Bucktown Store. An overseer entered the shop in pursuit of a young slave. In a move widely seen as her first act of defiance, Tubman refused to help the overseer corner the runaway. As the young slave bolted from the store, the overseer picked up a two-pound weight and hurled it at the runaway, missing his target and hitting Tubman in the forehead. After a long recovery, Tubman was left with a disfiguring scar, serious headaches, and spells during which she’d suddenly faint into a deep sleep.

Susan Meredith’s first date with her husband Jay included a motorcycle ride by the Bucktown Store. Jay Meredith is the descendant of a family that once owned the store, the farmhouse beside it, and 5,000 acres of fields and forests. The store had already been closed for almost a decade, but he had a plan.

“He said, ‘I want to own my great-grandfather’s store and raise our family in the house,’” Susan says.

In 1999, the couple—married by then—finally bought the Bucktown Store. Vines snaked along the shelves, termites had devoured the back of the building, paint was peeling off the walls, and the foundation was crumbling. But the store was theirs—a direct connection to Jay’s grandfather and to young, defiant Harriet Tubman.

“They can come here and actually see and feel something that’s real, something she saw,” says Matt Meredith, Jay and Susan’s son.

Matt says the store underwent many changes over the years, but the straight cuts on the underside of the pit-sawn counters—a practice replaced by circular saws by the mid-19th century— indicate that they are likely to be original.

“The countertops, that’s what saw it all,” he says.

The Merediths love to share the store, talk about local history, and show some of their artifacts to visitors, opening up when passers-by call or knock.

“You can’t open the door on a Saturday without planning to be here for hours,” Matt notes.

“It’s an honor to tell her story,” Susan adds as she stands by her favorite spot: the front step, worn smooth over generations. “She’s a great American.” 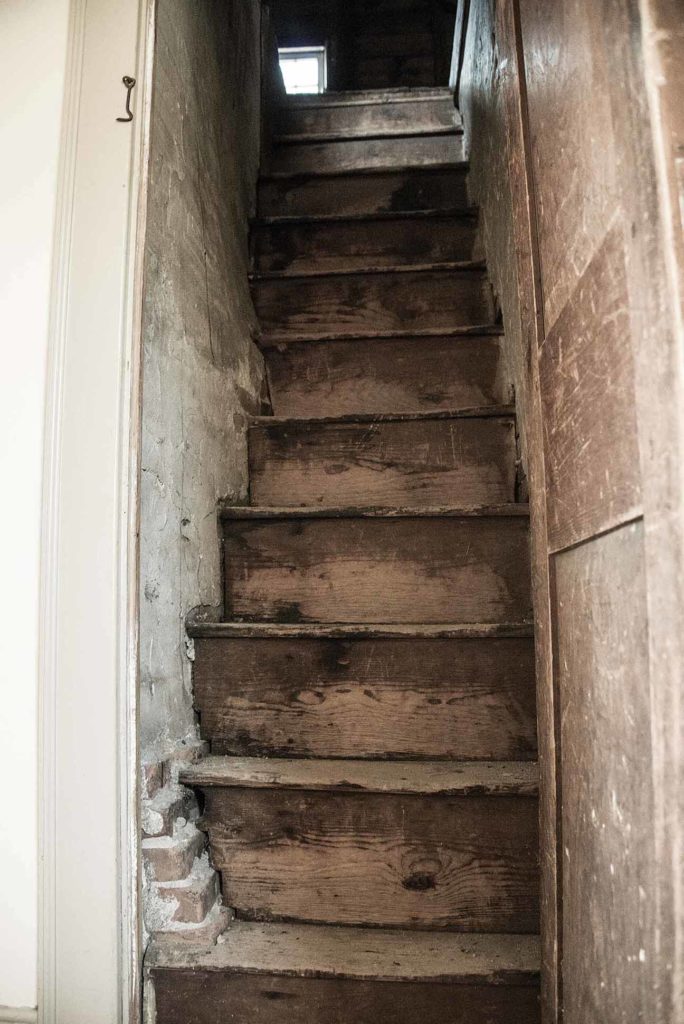 Uncovering history. Many refugees from Dorchester County’s booming slave trade headed north into Caroline County, where 70 percent of the black residents were free and abolitionists—including the Quaker community—had a strong presence.

Less than a mile from the county line, Michael McCrea looks across a windswept cornfield at
his house, peeking among a copse of trees.

“This is what they saw,” he says, reverently.

For freedom seekers on the run—including, some historians believe, Harriet Tubman herself—his house was a refuge on the Underground Railroad. Records called it “a main stopping place” on the journey north. Jacob Leverton, who built the house around 1820, was forced to pay a hefty fine to a slave owner after helping a battered young woman try to reach freedom. Leverton’s wife Hannah continued his Underground Railroad work, and his son Arthur was ultimately chased out of town by angry slave owners. G

McCrea says he fell in love with the house even before he learned of its role as one of two main Underground Railroad lines in Caroline County.

“When I went down and bought that house, the roof was caved in, the windows were out. They’d been storing hay in it. It was just a shell of a house,” McCrea says. He points to the wooden portion third of the structure. “That was so termite-ridden it was like papier-maché. But something about that house convinced me it was something I needed to have.”

McCrea restored the house and moved his family in. When he applied to the state to bury his mother on the property, he came to the attention of James “J.O.K.” Walsh, president of the Caroline County Historical Society, who had been uncovering details of the county’s Underground Railroad heritage.

“J.O.K. came down on Christmas Eve, introduced himself and said, ‘What do you know about the house you live in?’” McCrea says. “I said, ‘it’s significant to me and my family.’ He said, ‘Do you know anything about the Levertons? Have you heard about Harriet Tubman? Well, you’re living in their house.’”

“I became more aware of my duty to the property and how to present it,” he says. “I became more sympathetic. Leverton lived right next to people who wanted to kill him and still did what he thought was right. It makes you feel good about people.” 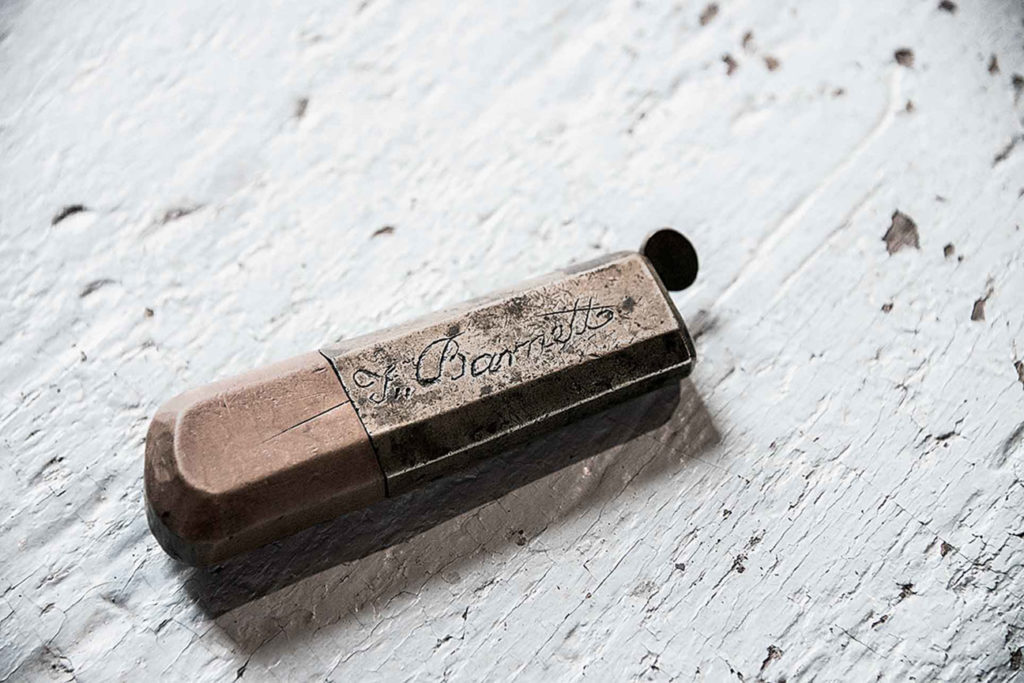 This knife handle in the Meredith family’s collection belonged to Thomas Barnett, whose flax Harriet Tubman was threshing the day she was injured at the Bucktown Store.

Delving deep. McCrea delved deep into local history, especially the stories of freedom seekers and the people who helped them. He’ll often chat with visitors, and if he has some time, he likes to bring them to Poplar Neck. That’s where Harriet Tubman made her escape, came back to free her brothers, then returned again to rescue her parents.

Walking along the Choptank River beside a thicket of tall marsh grasses, McCrea says, “This is exactly what you would have seen. You can almost feel the people walking through here.”

Combining his passion for history with his skill as a builder, McCrea began helping J.O.K. and Q.R. Walsh tackle other restorations around the county.

J.O.K. Walsh returned from his service in Vietnam driven to help preserve the history of the county his family has lived in for 300 years. Like many history buffs, the past is alive for him. He’s a captivating storyteller, talking about long-gone people as if they’re old friends about to walk into the room.

That love for the people and places has made him a soft touch for buildings in need, he admits—especially the more humble structures.

“Most cities save the richest guy’s house,” Walsh notes. “We’re into the working guy, too.

“Our criteria for taking a building is, ‘the roof’s going to fall in or the bulldozer’s coming up the road,’” Walsh laughs. There have been 46 so far.

A small but significant one is the Webb Cabin, built by a free black farmer in the style of the old slave houses. Using logs from McCrea’s property, McCrea and Q.R. Walsh worked with an architectural historian to match the original members.

“A lot of it is standard carpentry, but you’re just using hand tools,” McCrea says. “We were hewing it out. We weren’t just making marks in the wood.”

Free at last. Even north of the Mason-Dixon line, life was perilous for former slaves. Two federal fugitive slave acts—enacted in 1793 and 1850—allowed owners to bring freedom seekers back from Northern states, and levied long jail sentences and civil penalties on people who aided their escape or harbored them. After all, slaves were considered personal property, and they represented a great deal of lost money to their owners.

Even so, residents of some abolitionist hotbeds, like the Florence section of Northampton, Massachusetts, flaunted the fugitive slave laws. 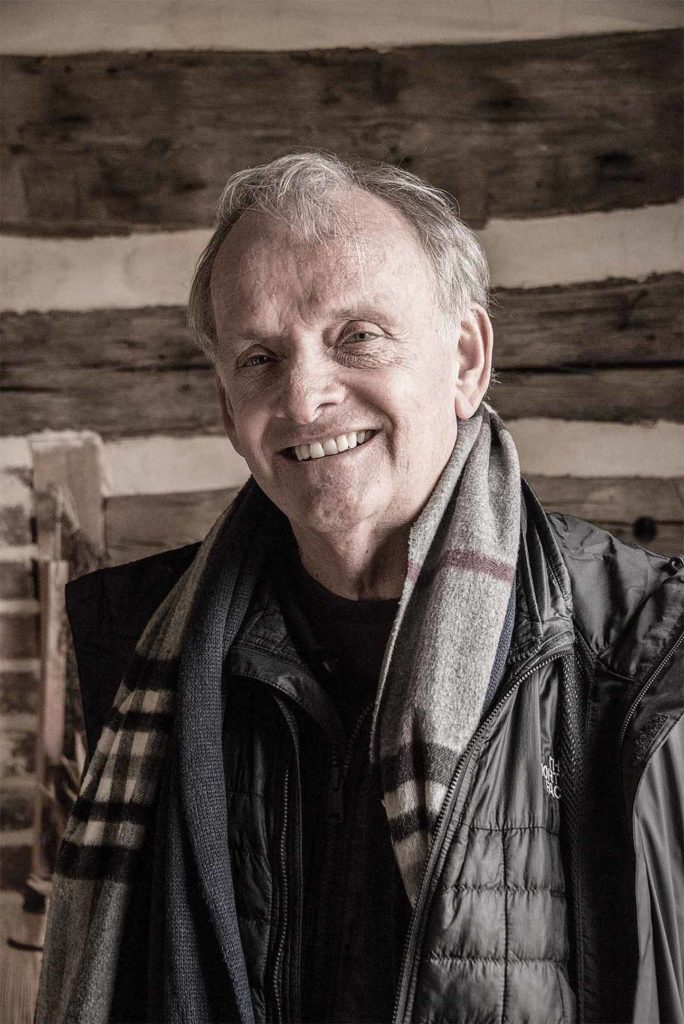 “Florence was such a welcoming place that African-Americans were comfortable declaring Maryland as their birthplace,” says historian Steve Strimer. Admitting to being born in a slave state could have invited scrutiny from slave owners, he adds.

Strimer leads the David Ruggles Center in Northampton. Ruggles helped more than 600 slaves to freedom, and settled in the radical Massachusetts enclave. There, in the 1840s, a utopian society called the Northampton Association was producing silk—an alternative to slave-tended cotton—and locals tried growing sugarbeets to provide an abolitionist-approved substitute for Southern cane.

“It’s very parallel to the ’60s in a way,” Strimer notes. Alternative medicine was all the rage, including hypnotism, naturopathic cures, and a practice called “the water cure” that attracted people to special institutes, including one established by Ruggles. Northampton preacher Sylvester Graham preached vegetarianism and temperance.

Frederick Douglass was a visitor. Ex-slave and activist Sojurner Truth was a member of the Association. And even as the silk business collapsed, low-cost mortgages offered by an abolitionist who took over the mill allowed many African-American families to establish themselves in peace and safety.

The Association’s agricultural department was housed in the Ross Homestead, now owned by Lance Kirley and Jacqueline Leighton. The couple was seeking a home close to a school that could house Kirley’s architecture firm and workshop.

“We really wanted something that was a piece of history,” says Leighton. “There’s all that beautiful history with respect for people no matter their religion or creed—taking a part of that and putting our mark on it and being owners who could hopefully contribute to that history.”

That can be a big job, Leighton admits.

“It’s just so easy to be drawn into the many, many things involved in an old property like this,” she says. “We’re just being really patient with it.”

Dreams. Like McCrea, Kirley and Leighton found their house inspired a sense of responsibility.

“There’s a lot of love for this house in the community,” Leighton says. “We say we own it, but it’s so much more than that. You’re sort of the key holder until you pass it onto the next person who will put their stamp on it. It’s not really ours. It’s everybody’s.”

McCrea points out that the Underground Railroad inspires people to think more expansively.

Restoring soil - and soul - on a Texas ranch.