Go up the road somewhere between the towns of Dresden and Martin, Tennessee, then stop when you get to nowhere: Lake Nowhere, that is.

These big donkeys take up all of Kidwell’s time in this latest installment of a diverse life that’s taken her from big-city south Florida to 110 quiet acres on the lake in west Tennessee.

Passion for donkeys. When Kidwell says, “My passion is raising babies,” she doesn’t mean human infants, she means baby donkeys. “I have probably the best heritage donkey bloodline in the country,” she says.

That elite genetic package means  donkey and mule aficionados nationwide prize her young stock. Just about all of those ‘babies’ have a home waiting for them before they’re born.

When Kidwell moved here in 2004, the property was in disrepair. Buildings were ramshackle. Weeds, briars, brush, and kudzu overran the pastures. But she liked the lake as well as the woods and the open feel of the flat fields. Cabins on the property had potential. She turned one into an office and fixed up the others so she could host guests, like those who come from far away to buy the donkeys.

“When I came here, I’d never met a mule or donkey. My father was a horse breeder and trainer with Appaloosas in the Miami area. So, I’d been around horses quite a bit, but not mules and donkeys,” she says.

Before heading to Tennessee, she ran a plant nursery in south Florida, after several years as a police officer. She also served with the Coast Guard in Florida and as far north as New York City. She and her husband, Jim, wanted a quieter more relaxing life. That’s what they got at Lake Nowhere.

Early on, she bought a Belgian mare with a filly by its side. She got talked into showing the Belgian filly at the Gibson County Fair. While there, she started looking at the mules. 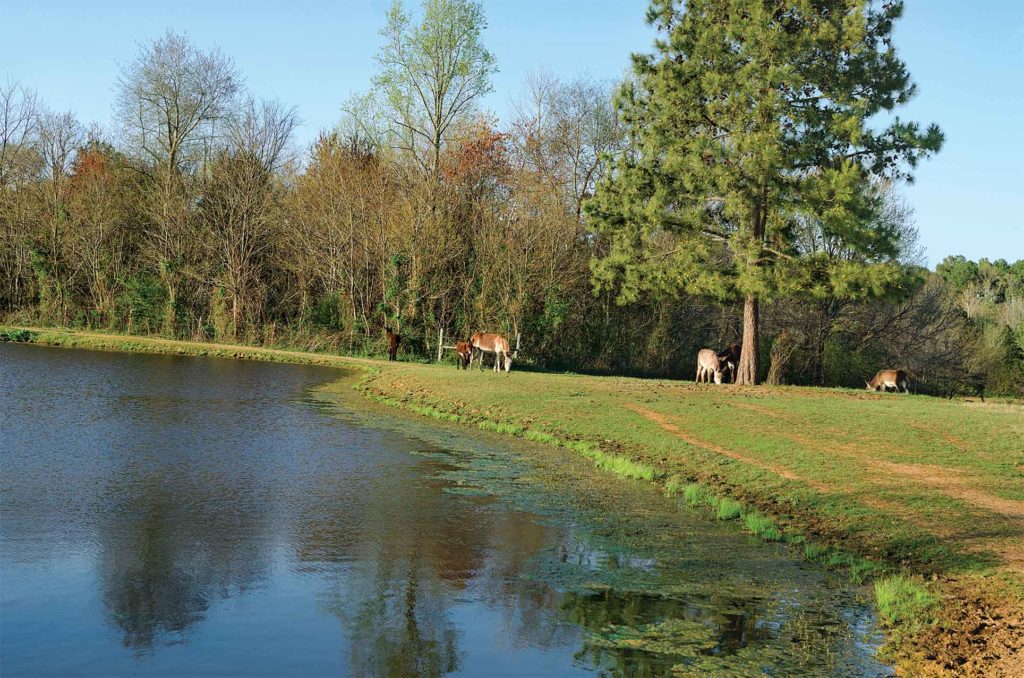 Donkeys graze around the edge of a pond on the serene farm.

“Mules are so mellow, even mules that don’t know each other stay relaxed around other mules. I thought they looked fun and interesting, so I wandered around and patted heads. I thought, aren’t these guys just the coolest things ever,” she says.

She went home and started reading about mules and donkeys, beginning what has become a big collection of books both old and new on the subject.  Starting her own mule and donkey farm followed naturally.

“I love researching this stuff. I’ve  spent a good bit of time at Mount Vernon to research George Washington’s role with donkeys and mules. Washington is the father of the American jackass. He bred a big Spanish jack to Maltese jennies. That was the foundation of American Mammoth Jackstock. He created the only American breed of ass to make bigger mules,” she says.

“I discovered that mules were cool as could be. Learning about Jackstock was icing on the cake,” she says.

A breed with the history that American Mammoth Jackstock has cannot be pushed aside, she says. Yet, the breed
is listed as critical by The Livestock Conservancy, meaning less than 200 are registered annually.

“We need to remember what Washington did to develop this breed in order to help American farmers have good, strong mules. We need to remember the good jacks and mules that Henry Clay had at Ashland, Kentucky. Thomas Jefferson had one named Dolphin. Washington’s jack, the one it all descends from, was a gift from the King of Spain, and named Royal Gift, standing 15 hands high, ” she says.

Built on mules. “This country wasn’t built on horseback. It was built on muleback. They’re still important.
If a helicopter can’t get there in tough terrain, a mule can,” Kidwell says.

Kidwell’s thorough research led to her becoming a columnist for Western Mule magazine, giving her a prominent profile in the industry. The timing is right, she says, with mules becoming more sought-after in society.

“They’re such an awesome animal, getting very popular for both riding and driving,” she says. 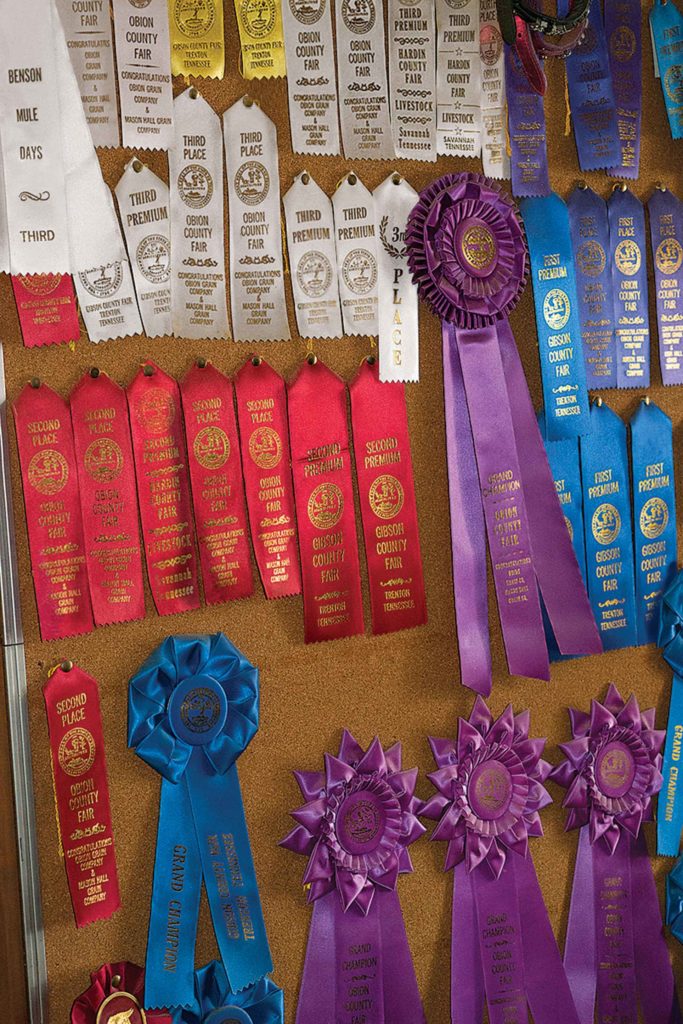 Deb Kidwell’s animals do well at shows and fairs, but her goal is to produce good working breed stock rather than for the show circuit.

“This animal won’t hurt you but will give you a lot of good fun.”

She’s selective about which jennies and mares can breed to Genesis. She wants to keep the quality of his offspring high. In the same way, she carefully selects who may buy her ‘babies.’

“The buyers have to be able to provide a good home, with good facilities and companion animals. I love these little ones. I’d never let them go somewhere that I didn’t feel right about. Most of the buyers become friends and stay in touch,” she says.

“I think the American Mammoth Jackstock is the most American heritage breed we have.”

Agriculture in the aftermath of World War I.