Dean Houghton returns to The Furrow to cover the Corn Belt from his family crop and sheep farm in Polo, Mo.

Houghton recently served as crops editor at CyberCrop.com. Prior to CyberCrop, Houghton had been editor of The Furrow’s Corn Belt and Dairyland editions. He served as Hogs Today editor from 1984 to 1999. He began his career in ag journalism in 1978 as associate editor at Successful Farming magazine.

Houghton was named AAEA’s Photographer of the Year in 2001 and is one of the few ag journalists to hold the association’s Master Writer and Master Photographer designations. 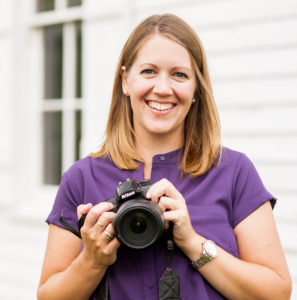 Katie Knapp covers agriculture throughout the Midwest and East Coast from her home in Minneapolis, Minn. After growing up on a grain farm in central Illinois and becoming a proud Illini, she started her ag communications career on the agency side. She held positions in account service, public relations and market research working with organizations across the agricultural industry. Earning her master’s degree in visual sociology from Goldsmiths, University of London, helped her switch into freelance photojournalism in 2016.

Knapp was named AAEA’s Young Leader in Agricultural Journalism in 2018 and has earned several honors for her photography.

Lorne McClinton is covering Canadian agriculture from both his grain farm in Yellow Grass, Saskatchewan and his eastern office in Greenfield Park, Quebec. McClinton has worked as a freelance writer and photographer since 1982 and has specialized in agriculture since 1995. His work has appeared in a wide variety of agriculture, news, and business magazines in Canada and abroad. He has been a regular contributor to Canadian Business, Macleans, Alberta Venture, Le Coopérateur Agricole, National Hog Farmer, Beef, AgriSuccess Journal, Farm Forum, The Western Producer, Top Crop Manager, and many others.

McClinton was recently presented with the Silver award, in the Canadian Farm Writers Federation’s press feature category, for his Furrow story, “Brazil’s Land-Rush Lessons.”
In 2011 he was presented with a gold medal for photography from the CFWA.

Martha Mintz covers Plains agriculture for The Furrow from her home in Miles City, Mont. Growing up on a multi-generational Montana cattle ranch, and having the increasingly rare opportunity to attend a rural one-room country school, fostered in her a lasting passion for agriculture and rural life. After graduating from Oklahoma State University’s College of Agriculture in 2002, Mintz spent 5 years providing public relations services to major agricultural companies before making the move to freelance writing and photography in 2008. Her writing and photography has since been featured in various magazines including Drovers, No-Till Farmer, Progressive Cattleman, High Plains Journal, Farm Catalog, Working Ranch, Hereford World and more.

Mintz has twice won the “Best of the Bunch” award in the Livestock Publication Council photo contest and received photography awards from the American Agricultural Editors Association.

Larry Reichenberger is covering the Great Plains from his Andale, Kan., wheat farm just outside of Wichita. He most recently served as senior crops and machinery editor at Successful Farming magazine.

Reichenberger served as Great Plains regional editor for Farm Journal magazine from 1984 to 1996. He was named AAEA’s Writer of the Year in 1981 and is a two-time winner of the Oscar in Agriculture.

Steve Werblow covers Western agriculture from his home in Ashland, Ore., just north of the California border. A 1988 graduate of Cornell University’s College of Agriculture & Life Sciences, he has been a freelance writer since 1995. Werblow has covered agriculture on six continents for an array of magazines including the Oregon and Washington Farmer-Stockman, California Farmer, Crop Production Magazine, Conservation Partners, Beef, and others.

Werblow has received writing awards from both the American Agricultural Editors Association and the Livestock Publications Council. In 2011 he was named AAEA’s Writer of the Year.

David Jones manages the development, production and distribution of The Furrow and Homestead magazines from the John Deere Ag & Turf Marketing Center, Olathe, KS. He began his communications career in 1993 as associate editor for Cotton Grower and Cotton International magazines. After moving to the Midwest in 1995, he worked for several Kansas City-area advertising and public relations firms, serving a variety of agricultural clients before joining John Deere in 2003. His work has been recognized with the Telly and Mobius awards for excellence in advertising, as well as with ‘Best Of’ awards from the National Agri-Marketing Association.